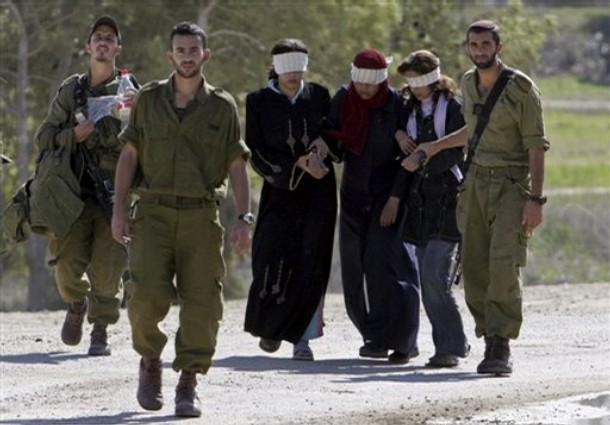 The center also reported that the number of detained women could likely increase due to escalating Israeli violations, especially in occupied East Jerusalem.
More than 10.000 Palestinian women have been kidnapped and detained since Israel occupied the West Bank, the Gaza Strip and East Jerusalem in 1967.

This includes more than a 1000 women who were kidnapped and imprisoned since the beginning of the Al-Aqsa Intifada in late September 2000.

One of the imprisoned women is Lina Ahmad Jarbouni, from historic Palestine; she was kidnapped on April 18, 2002, and was sentenced to 17 years imprisonment.

The Center said that the army repeatedly invades the privacy of detained women by breaking into their rooms, while they are sleeping late at night and at dawn, and by searching their belongings.

In related news, the Ahrar Center for Detainees Studies and Human Rights reported that Israeli soldiers kidnapped 382 Palestinians in the West Bank and the Gaza Strip in February comparing to 350 in January.