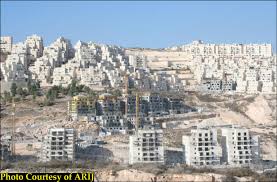 The documents were released as part of a lawsuit filed by Israeli human rights group Yesh Din that challenged the construction of the illegal settlement of Hayovel on stolen Palestinian land. The Israeli government argues that the settlement and the road leading to it are on ‘uncultivated land’, and have declared that such lands are subject to takeover by the Israeli government.

A study by Israeli researcher Dror Etkes found that the Israeli government has used land surveys that are meant to determine which land is cultivated and which is not as a political tool to take over nearly all of the land in the West Bank.

His report stated that his findings “prove the claims that Palestinian landowners have been consistently presenting over the past few decades: Under the aegis of the broad declaration of lands as state lands, which includes almost a million dunams, Israel has taken over extensive cultivated areas, which were stolen from their owners through administrative decisions over which public and legal oversight is minimal, because they were supposedly not cultivated.”

In the recent case of the outpost of Derech Ha’avot, the largest Israeli outpost colony in the West Bank, the Israeli High Court ruled that the takeover of private Palestinian land by the Israeli settlers was acceptable, leading the lawyers for Yesh Din (the Israeli human rights group representing the Palestinian landowners) to declare;

“Not only is the state reconciling itself to the breaking of the law, but it is also ultimately granting the usurped land to the lawbreakers. It is particularly outrageous that all the state authorities joined forces to accept the breaking of the law and are now attempting to provide an umbrella of state support, rather than combating organized ideological crime that violates human rights on a daily and hourly basis.”