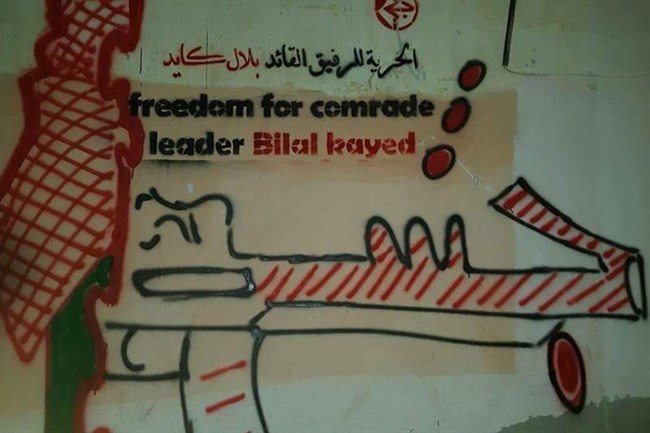 As long-term hunger striker Bilal Kayed entered his 69th day without food, a group of supporters stood in front of the United Nations office in Ramallah demanding that the UN take action to address the issue.

Kayed is just the latest in a long line of Palestinian hunger strikers who have come near-death with long-term hunger strikes demanding an end to the Israeli policy of holding Palestinian civilians indefinitely without charge.

The protesters blocked entry to the building for the United Nations employees, according to local sources. They held signs bearing images of Palestinian prisoners who are on hunger strike.

The protesters gathered on Monday morning following the release of a statement on Saturday by the United Nations Coordinator for Humanitarian Assistance and Development Aid in the Palestinian Territories, Robert Piper. They felt the statement was too weak, and did not go far enough to denounce Israel’s practices against Palestinian prisoners.

In the statement Saturday, Piper wrote, “I am deeply concerned about the deteriorating health of Palestinian detainee Bilal Kayed, after 67 days of a hunger strike protesting his detention without charge or trial. This is an egregious case, in which Mr. Kayid was placed on administrative detention on the day of his scheduled release after completing a 14.5 year prison sentence.”