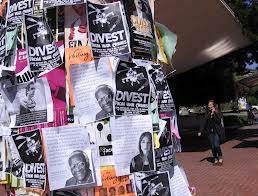 After pro-Palestinian groups at several schools within the University of California system were accused of ‘anti-Semitism’, the U.S. Department of Education launched an investigation. This week, they released the findings of their months-long investigation, announcing that the accusations of anti-Semitism were without merit, and that the accusations may have been attempts to stifle free speech on campus.In response, the Center for Constitutional Rights issued the following statement:
Civil rights organizations this week welcomed news that the Department of Education’s (DOE) Office for Civil Rights (OCR) has closed three investigations against three University of California schools, at Berkeley, Santa Cruz, and Irvine, which falsely alleged that Palestinian rights activism created an anti-Semitic climate. The complaints underlying the investigation claimed that student protests and academic programing in support of Palestinian rights and critical of Israel ‘created a hostile environment for Jewish students.’

‘The organized legal bullying campaigns have failed,’ said attorney Nasrina Bargzie, of Advancing Justice-Asian Law Caucus (ALC), who alongside attorneys from Council on American-Islamic Relations (CAIR), the Center for Constitutional Rights (CCR) and the National Lawyers Guild (NLG) advocated for the students whose activism was scrutinized in the investigations.

‘OCR’s decision in these cases confirms the obvious – that political activity advocating for Palestinian human rights does not violate the civil rights of Jewish students who find such criticism offensive, and that, to the contrary, colleges and universities have an obligation to create an environment that supports freedom of expression.” said Bargzie.

In its letter to UC Berkeley, OCR officials stated that student demonstrations in support of Palestinian rights ‘constituted expression on matters of public concern directed to the university community. In the university environment, exposure to such robust and discordant expressions, even when personally offensive and hurtful, is a circumstance that a reasonable student in higher education may experience. In this context, the events that the complainants described do not constitute actionable harassment.’

‘We speak out on campus about matters of fundamental human rights. Students at institutions that are all about learning deserve to be part of robust discussion about one of the most pressing human rights issues of our time,’ said Taliah Mirmalek, a student at UC Berkeley and a member of Students for Justice in Palestine.

A number of legal and advocacy groups, including Advancing Justice – ALC, CAIR, CCR, NLG, the American-Arab Anti-Discrimination Committee, American Muslims for Palestine, the Arab American Institute, and American Civil Liberties Union of Northern California have worked to challenge the misuse of civil rights law to intimidate students and dissuade them from advocating for Palestinian rights on campus.

‘Students have faced a pervasive stigma that at times negatively impacted our ability to fundraise and hold events on campus, and even intimidated some of our peers into silence,’ said Rebecca Pierce, a recent graduate of UC Santa Cruz and member of the Committee for Justice in Palestine. ‘However, we feel vindicated that the DOE has rejected this attack on our freedom of expression, and we will continue to advocate in accordance with our values regarding human rights and social justice.’

‘The First Amendment unequivocally protects the activities that were targeted in these complaints – holding demonstrations, distributing flyers, street theatre – criticizing the governmental policy of the State of Israel and supporting Palestinian human rights. It is long past time that students engaging in First Amendment activities are able to do so without fear,’ said Liz Jackson, Cooperating Counsel with CCR, who also worked with the targeted students. “While there continue to be threats of Title VI complaints against other universities, we are confident that OCR recognizes these claims as attempts to silence certain speech on Israel/Palestine, and do not present viable claims of discrimination against Jewish students,” said Jackson.