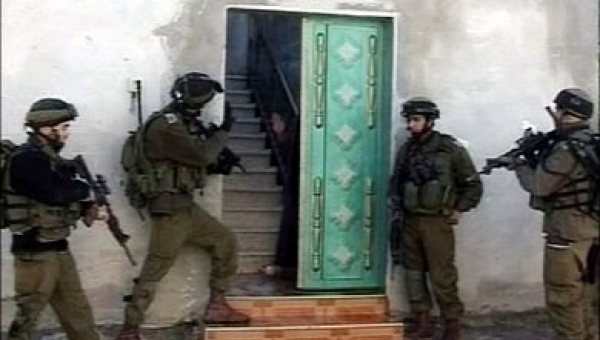 The attacks come less than 24 hours since the army kidnapped ten Palestinians in Sur Baher, Al-Isawiyya and the Old City.

The two have been identified as Rayeq Ibrahim Sbeih, 60, and his brother Aziz, 30. Soldiers also broke into and searched several homes in the village causing damage.

In related news, Israeli sources have reported that Palestinian youths hurled two Molotov cocktails at an Israeli settlement bus driving near ‘Aboud village, west of Ramallah, causing no damages or injuries. Dozens of soldiers invaded the area and searched it; no arrests have been reported.

Also on Tuesday at dawn, dozens of Israeli soldiers invaded the Al-Arroub Refugee Camp, north of the southern West Bank city of Hebron, violently broke into dozens of homes and searched them, and kidnapped at least 17 Palestinians.