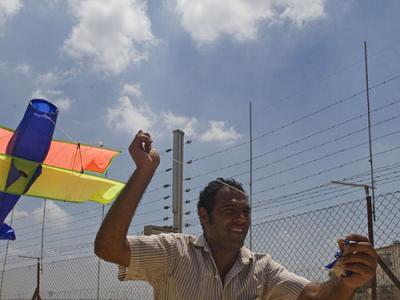 Four and a half years have passed since the killing of Bassem Abu Rahmeh by a tear gas canister fired at him directly from a short range. The death was documented by three video angles, but the Israeli state announced Monday it is closing the case citing lack of evidenceMilitary Advocate General (MAG) Maj. Gen. Danny Efroni decided to close the case file in the investigation of the circumstances of the killing of Bil’in resident Bassem Abu Rahmeh, citing lack of evidence. The MAG made this decision in late July, and it was recently conveyed to the Israeli High Court of Justice as part of an updating statement by the Office of the State Attorney in a petition filed by Subhiya Abu Rahmeh, Bassem’s mother, together with Bil’in Village Council and Israeli human rights organizations B’Tselem and Yesh Din.

30-year-old Bassem Abu Rahmeh, a resident of the village of Bil’in, whose story was told in the film “Five Broken Cameras” nominated for Best Foreign Film in the Academy Awards, was killed in April 2009 after he was struck in the chest by an extended-range tear gas grenade during a demonstration against the Separation Barrier in his home village of Bil’in. Three video segments filmed during the demonstration prove that Abu Rahmeh was situated to the east of the barrier, did not act violently, and did not endanger the soldiers in any way. An analysis of the video footage of the incident, by visualization experts determined that the grenade was fired directly at Abu Rahmeh, in complete contravention of open-fire regulations.

In its response, the state did not explain the rationale behind its decision, limiting itself to the following laconic wording: “There is not enough evidence needed for criminal proceedings for adopting legal measures against any of the soldiers involved in the incident.” No information was given regarding the findings of the investigation, which the state argued had included “comprehensive and rigorous investigative actions,” or about the versions provided by the soldiers who had been questioned. Neither did the statement provide the contents of the opinions given by experts of the Israeli military and police and their interpretation of the findings disclosed by the video footage. .

Ever since Bassem Abu Rahmeh was killed, his family – aided by NGOs Yesh Din and B’Tselem – has been continuously striving to have the truth of the incident brought to light and to have those responsible for their son’s death prosecuted. Their efforts have been repeatedly thwarted by the sluggish conduct of the MAG Corps. Due to the initial refusal by the MAG at the time to launch a Military Police investigation, the investigation was opened a year and half later than it should have. The foot-dragging and procrastination in the case have continued even once the investigation was launched over three years ago. Only a petition to the High Court of Justice finally brought about a decision in the case.

In response to the statement submitted by Office of the State Attorney, Att. Emily Schaeffer of Yesh Din’s legal team said: “The decision to close the file in the killing of Bassem Abu Rahmeh is unacceptable, particularly in view of the expert opinion that determined that the tear-gas grenade was fired directly at Abu Rahmeh from a close range. Despite three separate videos that recorded the killing of Bassem, the MP and police have failed to find the factors that caused the death of an unarmed demonstrator. The conduct of law enforcement bodies in this case is further proof of the feebleness of the authorities in cases of Palestinian casualties. Moreover, it seems that there might be no intention of finding out the truth or prosecuting the offenders even in extreme cases such as this, in which there is clear-cut and unambiguous evidence. Bassem’s family, together with B’Tselem and Yesh Din, will continue in its struggle to bring the parties responsible for his death to justice.”

Att. Yael Stein, Director of Research at B’Tselem, said in response: “The unbearable procrastination taken by the authorities in this case, and the fact that the MAG only made a decision due to a High Court Petition, once again demonstrate that the MAG Corps must adopt the recommendations of the Turkel Commission without delay. This includes determining a pre-defined schedule for each stage of the investigation, and ensuring that each stage is brief. Also, the statements made by investigative bodies about their decisions must include the reasoning underlying the decision so as to enable lodging effective appeals.”