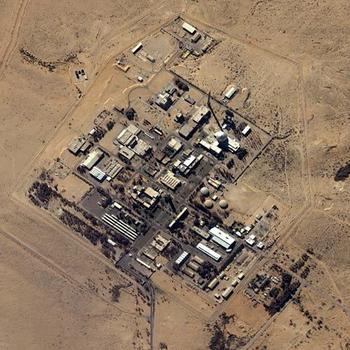 A newly-discovered document of the U.S. Central Intelligence Agency revealed Monday by Foreign Policy magazine shows that the U.S. agency had decisive evidence dating back to at least the 1980s that Israel had a stockpile of chemical and biological weapons.The revelation comes in the midst of the reported use of chemical weapons by the Syrian government on August 21st, although there is still no clarity as to whether the regime or the rebels carried out the attack, or whether it was an accident.

While U.S. President Barack Obama threatened to go to war with Syria over the attack, the Syrian government has denied responsibility, and has agreed to a proposal by the Russian government to open its stores of chemical weapons to international inspection and destruction.

The document revealed by Foreign Policy magazine on Monday shows that, in addition to building up a nuclear stockpile of an estimated three hundred nuclear weapons during the 1960s and 70s, the Israeli military also developed an extensive stockpile of chemical and biological weapons.

The 1983 document stated that U.S. spy satellites had identified ‘a probable CW [chemical weapon] nerve agent production facility and a storage facility… at the Dimona Sensitive Storage Area in the Negev Desert. Other CW production is believed to exist within a well-developed Israeli chemical industry.’

‘While we cannot confirm whether the Israelis possess lethal chemical agents,’ the document adds, ‘several indicators lead us to believe that they have available to them at least persistent and nonpersistent nerve agents, a mustard agent, and several riot-control agents, marched with suitable delivery systems.’

The single page of a larger CIA report was discovered at the Ronald Reagan Library in California in its unredacted form – the report had been released several years ago to the National Archives, but was heavily censored.

According to the Foreign Policy report, “Israeli historian Avner Cohen, in his 1988 book Israel and the Bomb, wrote that Israeli Prime Minister David Ben Gurion secretly ordered that a stockpile of chemical weapons be built at about the time of the 1956 war between Israel and Egypt. The CIA, on the other hand, believed that Israel did not begin work on chemical weapons until either the late 1960s or the early 1970s.

The article included the following assessment from the 1983 CIA report: ‘Israel, finding itself surrounded by frontline Arab states with budding CW [chemical weapons] capabilities, became increasingly conscious of its vulnerability to chemical attack. Its sensitivities were galvanized by the capture of large quantities of Soviet CW-related equipment during both the 1967 Arab-Israeli and the 1973 Yom Kippur wars. As a result, Israel undertook a program of chemical warfare preparations in both offensive and protective areas.’

The Israeli government has harshly criticized the Syrian government for its alleged use of chemical weapons three weeks ago, and has encouraged President Obama’s pledge to respond militarily.

Israel did sign the Convention to Ban Chemical Weapons, but the Israeli Knesset (Parliament) never ratified the treaty. Israel has never opened its nuclear facility or its chemical weapons stockpile to international inspections.