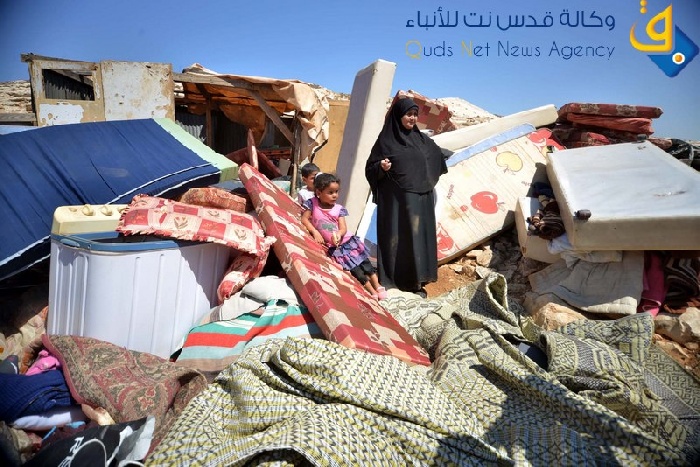 Monday at dawn [September 30 2013] Israeli soldiers declared Khirbit Makhoul area, in the West Bank’s Northern Plains, a closed military zone. The Bedouin village was destroyed for the third time on September 19.Head of the Wadi Al-Maleh Village council, in the Jordan Valley, Aref Daraghma, stated that the soldiers declared the village a closed military zone after surrounding it.

He told the Palestinian News & Info Agency (WAFA) that dozens of soldiers were deployed around the devastated village in an attempt to prevent residents, international activists, and journalists from reaching it.
Ongoing Displacement

Palestinian Bedouins have faced decades of repression and forced removal by Israeli authorities because of this refusal to recognize their legitimate claim to continue to live on their ancestral land.