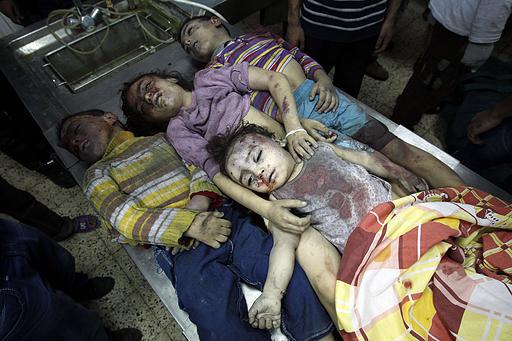 14 November 2013, marks the first anniversary of the Israeli offensive on the Gaza Strip, codenamed “Operation Pillar of Defense,” which lasted for 8 days. This offensive, like the preceding one, was characterized by brutality and the perpetration of systematic serious violations of international humanitarian law and war crimes. One year following this offensive, Palestinian victims are still denied justice before the Israeli judiciary.

In the period from 14 to 21 November 2012, Israeli forces launched a large-scale offensive on the Gaza Strip.

During the eight-day offensive, Israeli forces carried out thousands of airstrikes, attacks by gunboats, and artillery shelling. Missiles with warheads weighing more than 1,000 kilograms were used in attacks on residential areas, flattening multistory homes and killing residents within the buildings.

The impact of these attacks on property and victims, especially women and children, increased manifold, due to the targeting of civilian areas.

Hundreds of airstrikes were launched at open spaces in residential areas to terrify civilians. In the last four days of the offensive, a marked increase in attacks on civilian places led to a corresponding increase in the proportion of civilians among the victims.

Throughout the period of the offensive, Palestinian civilians lived under extreme fear and threats to their lives due to direct attacks on civilians and their property throughout the Gaza Strip.

There was no safe place and the threat of death was felt by everyone with no exceptions. The situation became more tragic when Israeli forces dropped leaflets onto Palestinian communities in the northern Gaza Strip and Gaza City ordering civilians to leave their homes.

Palestinian civilians were extremely terrified and thousands of them had shelters in UNRWA schools.

Of the wounded, 625 were civilians, including 214 children and 93 women. Among the wounded civilians were 16 people with various disabilities.

Entire families were wiped out as their houses were directly targeted with missiles with warheads weighing hundreds of kilograms.

The most horrible of these attacks was targeting the al-Dalu family’s house in Gaza City on 18 November.

The four story house and a number of neighboring houses were destroyed, and 12 civilians (5 children, 5 women and 2 young men) were killed and 6 others were wounded.

In a similar crime, on 19 November, an Israeli warplane bombarded a house belonging to Fu’ad Khalil Hijazi in Jabalya refugee camp in the northern Gaza Strip.

The house was completely destroyed and Hijazi and 2 of his children were killed. Additionally, 7 members of the family and 13 neighbors were wounded.

In another crime, on 20 November, an Israeli warplane bombarded an apartment belonging to Bassel al-Shawa in al-Shujaiya neighbourhood in Gaza City.

This anniversary reminds of the scenes of killing, destruction and fear which Palestinian civilians suffered during “Operation Cast Lead” in the period 27 December 2008 – 18 January 2009, in which 1,419 Palestinians, including 1,167 civilians (82%), were killed and more than 5,300 others were wounded.

One year following “Operation Pillar of Defense,” Palestinian civilian victims are still denied justice and remedy. Israeli authorities have imposed legal, physical and monetary barriers in the face of Palestinian victims to prevent the prosecution of suspected Israeli war criminals and compensation of victims.

Nevertheless, in the context of its continuous efforts to ensure prosecution of suspected Israeli war criminals and remedy for victims, the Palestinian Center for Human Rights (PCHR) established legal files for Palestinian victims of “Operation Pillar of Defense,” to claim their rights at the criminal and civil levels.

PCHR lawyers submitted 246 civil complaints to the Israeli Ministry of Defense (according to the Israeli legal requirements) in order to initiate compensation claims on behalf of Palestinian victims of Israeli violations.

These complaints were related to killing 72 Palestinian civilians and wounding 104 others, and destroying 75 houses during “Operation Pillar of Defense.”

PCHR submitted also 79 complaints to the Israeli Military Advocate General (MAG) demanding opening criminal investigations into these violations and bringing the perpetrators before justice. In response to the 79 complaints submitted to the MAG, PCHR received 26 replies only, which were all negative.

The latest of these replies were the MAG’s decision to close the case of the Hijazi family, an attack in which 3 civilians were killed and 4 others were wounded and the family’s house was destroyed, and the negative reply in regards to the al-Dalu family case, an attack in which 12 civilians, including 5 children and 5 women, were killed and 6 others were wounded, while the family’s house and a number of neighboring houses were destroyed. In the latter, the MAG claimed that there was no suspicion of criminal offences.

PCHR stresses that the MAG’s actions are part of a systematic policy to deny Palestinian victims their right to justice to provide a legal cover for Israeli war criminals and shield them from international prosecution.

PCHR points out that it submitted 490 criminal complaints to the MAG following “Operation Cast Lead,” but it received 19 replies related to 23 cases only.

A reply was limited to confirmation of receipt of a compliant and that it would be examined and PCHR would be informed of the results.

Additionally, the MAG has never referred any suspect to justice in spite of various international reports that confirmed the perpetration of war crimes, and even crimes against humanity against Palestinians in the occupied Palestinian territory (oPt), especially during “Operation Cast Lead,” the most notable of which was the report of the UN Fact-Finding Mission on Gaza Conflict (Goldstone Report).

Palestinians have continued to be denied the right to justice and compensation through a series of Israeli legal and physical obstacles.

In this context, on 16 July 2012, the Israeli Knesset approved Amendment No. 8 to the Israeli Tort Law (State’s Liability) of 1952, which applies retroactively in regards to the Gaza Strip from 2005 onwards.

This amendment exempts the State of Israel of any liability arising from damages caused to a resident of an enemy territory during a ‘combat action’ or ‘military operation,’ thus exempting Israel of any liability for victims of the Israeli offensive in 2012 (“Operation Pillar of Defense”) and “Operation Cats Lead” in 2008-2009. Consequently, PCHR has not been able to file any compensation claim on behalf of victims of “Operation Pillar of Defense.”

In addition to the aforementioned amendment, Israeli authorities have worked on imposing monetary, legal and physical obstacles in the last year to close the door completely before the Palestinian victims to get their rights to Justice.

These obstacles include, but not limited to, preventing victims and witnesses from appearing before courts, preventing meetings between victims and their lawyers and imposing unbearable financial court guarantees.

Additionally, the Ministry of Defense has ignored complaints submitted by PCHR to initiate civil claims on behalf of victims.

For instance, in the period 2009-2012, PCHR submitted 1,046 complaints to the Compensation Officer of the Israeli Ministry of Defense, but it received 16 replies in regards to 26 cases only.

PCHR stresses the need to confront these challenges and overcome such obstacles that deny Palestinian victims their right to justice and remedy, and:

1- PCHR calls upon the Palestinian Authority to ensure that Palestine accedes to all international human rights and humanitarian law instruments.

PCHR calls for the immediate signing and ratification of the Rome Statute of the International Criminal Court of 1998 as it is the major guarantee for the prosecution of suspected Israeli war criminals.

2- PCHR calls upon the UN General Assembly to transfer the Goldstone Report to the UN Security Council for referral to the International Criminal Court in accordance with Article 13(b) of the Rome Statute.

3- PCHR calls upon the High Contracting Parties to the Geneva Conventions to fulfil their obligation to ensure the application of the Conventions, including extending the scope of their jurisdiction to prosecute suspected war criminals, regardless of the nationality of the perpetrator and the place of crime, and to pave the way for prosecuting suspected Israeli war criminals and end the longstanding impunity they have enjoyed.

4- PCHR calls upon the High Contracting Parties to the Geneva Conventions to fulfil their obligation to ensure the application of the Conventions, including extending the scope of their jurisdiction to prosecute suspected war criminals, regardless of the nationality of the perpetrator and the place of crime, and to pave the way for prosecuting suspected Israeli war criminals and end the longstanding impunity they have enjoyed.