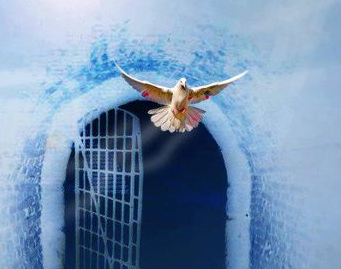 Detainees held at the Majeddo Israeli prison are facing a severe health crisis, due to the lack of adequate medical treatment by the prison, reports the Palestinian Prisoners Society (PPS).In a press release, the PPS stated that detainee Anas Jaradat has been suffering from serious complications in his back, left leg and knees, and has lost the ability to move his fingers.

The PPS added that Anas was not seen by a specialized physician, and was given wrong medication, which caused serious reactions and complications. He now cannot feel his left foot.

Furthermore, the PPS stated that detainee Ammar Hammoud suffers with asthma, high blood pressure and a kidney infection. In addition, detainee Mowaffaq Hamamy suffers with sharp pain in his back and nerve issues which prevent him from conducting normal daily activities.

The PPS said that the detainees face ongoing violations, assaults and abuse, and that ailing detainees are not granted the care which they need. There are dozens of detainees, suffering with extremely serious health issues, who are not granted basic and essential medical treatment.

The number of detainees who died in prison, either due to torture or to being shot by soldiers during and after their arrest, since 1967, currently stands at 204.

Abu Hamdiyya had been suffering from a brain tumor, in addition to a fourth stage carcinoma in his lung, as well as lymphatic, liver, spine and throat cancer which extended to his vocal cords.

Despite the seriousness of his condition, the Israeli Prison Administration did not grant Mr. Hamdiyya the urgently needed and specialized medical treatment until it was too late.

Detainee Arafat Jaradat, died at the Mejeddo Israeli prison, seven days after his arrest; he was a healthy young man from Sa’ir town in Hebron, and was tortured to death by Israeli interrogators.

Israel is currently holding captive 5,200 Palestinians in 17 prisons, detention camps and interrogation facilities across the region. The number includes 250 children and 13 women, in addition to 13 democratically elected legislators.