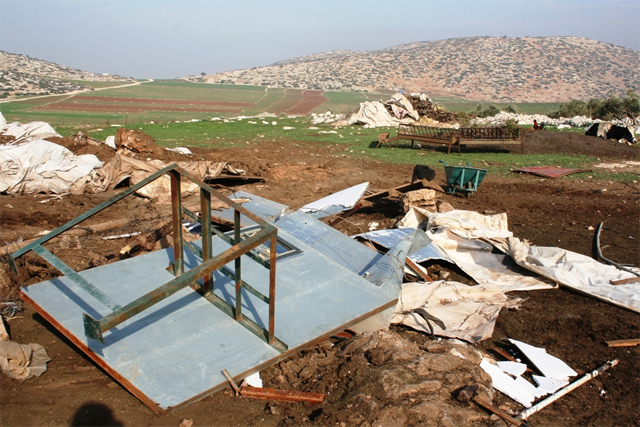 Israeli forces raided the northern Jordan Valley, on Tuesday, ordering 21 Palestinian families in Wadi Ibziq to leave their homes from 7:00 am to 4:00 pm. The order’s objective was to allow the army to conduct military exercises in the area.According to data of the occupied Palestinian territories gathered by the United Nation’s Office for the Coordination of Humanitarian Affairs (OCHA), in January 160 people were forcibly displaced from “firing zones” along the Jordan Valley, the Alternative Information Center (AIC) reports.

The UN humanitarian agency claims that approximately 18 percent of the West Bank (or 30 percent of Area C) has been designated as ‘firing zones’ since the beginning of the occupation. At present there are 38 Bedouin and herding communities with a population of 6,200 located in these areas, and another 50 communities with over 12,000 residents in their immediate vicinity. Due to the ban on access and residence, stemming from the designation of their residential or grazing areas as “firing zones”, these communities face significant humanitarian needs and are highly vulnerable to displacement.

The Jordan Valley, which is considered ‘Area C’ and under full Israeli military control, is a part of the internationally recognized Palestinian territories which have been occupied by the Israeli military since 1967.