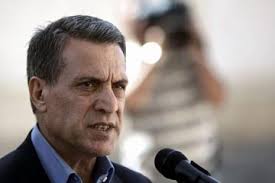 Palestinian Presidency spokesperson, Nabil Abu Rodeina, stated that the speech of Israeli Prime Minister Benjamin Netanyahu at the AIPAC conference did not carry anything new, and proves Netanyahu is just wasting time.Abu Rodeina said Netanyahu keeps demanding the Palestinians to recognize Israel as a Jewish State, adding that this demand, as well as Israel’s numerous demands, are only meant to avoid holding serious peace talks that could lead to a compressive and just peace deal.

“The Palestinians, the Arab world, reject Netanyahu’s demands”, Abu Rodeina said. “Our stances are clear, an independent state, with East Jerusalem as its capital.”

On his part, Palestinian official Nabil Shaath of the Fateh Party of President Mahmoud Abbas, said Netanyahu’s speech is an official Israeli declaration unilaterally ending peace talks with the Palestinians.

Shaath said Netanyahu has declared his rejection of all principles of peace in the Middle East, and that the Israeli leader voided all basis of final status talks agreed upon by the United States, mainly a just solution to the Palestinian refugee’s Right of Return, settlements, and all final status issues such as borders and natural resources.

“Netanyahu declared he does not want an international force in the West Bank, he wants his army there”, Shaath added. “He wants us to recognize Israel as a Jewish State, he wants to void our rights, and wants to continue to build illegitimate settlements”.

During his speech at the American Israeli Public Affairs Committee in Washington, on Tuesday, Netanyahu demanded President Mahmoud Abbas to recognize Israel as a Jewish State, and to “ask the Palestinians to give up their Right of Return”, describing it as an illusion.

Israel refuses to recognize the internationally guaranteed Right of Return of millions of Palestinian refugees, living in various refugee camps in the occupied territories and various Arab countries, and facing very difficult conditions.

It also insists on what it calls its right to build and expand its illegitimate settlements in the occupied West Bank and occupied Jerusalem, in direct violation of International Law and the Fourth Geneva Convention.

Consecutive Israeli governments, including the current government, reject any talks on borders and natural resources, and insist on Israeli control over all West Bank borders, the Jordan Valley, and all vital areas in the occupied West Bank.