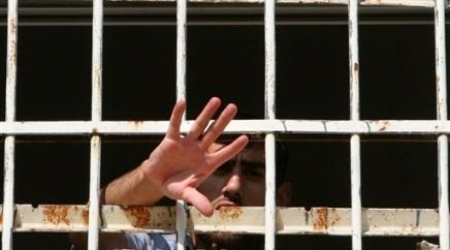 Israeli authorities have renewed the administrative detention of an aging Hebron citizen to three months, for the fourth time.Palestinian Prisoners Center for Studies said in a statement that Husain Amr, age 61, detained since July 13, 2013, has not been charged or tried, and suffers from high blood pressure, gout, rheumatism, and varicose.

According to Al Ray, the report points out that Amr was held under solitary confinement after refusing to be taken to court two weeks ago, thus was shackled and transferred to Ramle prison by force.

The repeated transfers of Amr have eventually left him to be held in Negev prison’s solitary confinement cells, the center added.

The center also warned against neglecting the health status of Amr, who suffers from diabetes and takes two insulin doses a day, holding Israel responsible for his life.

Usama Maqbol, a lawyer from the group, said that the rise in the number of administrative detainees is the result of an ongoing campaign of daily arrests of freed prisoners and leaders of Palestinian political groups.

‘Administrative Detention’ refers to the tactic of keeping a prisoner without charge or trial for extended periods of time, often due to alleged security concerns.

Israel routinely uses this tactic on detained Palestinians, even though international law stipulates it only be used in exceptional circumstances.