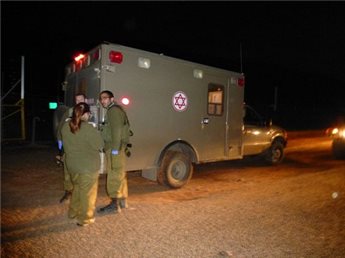 Israeli forces bombed a target in southern Lebanon, on Friday, hours after an explosive device was detonated on the border, the Israeli military said.Israeli forces reported that they fired towards Hezbollah ‘terror infrastructure’, in southern Lebanon, and confirmed a hit on Friday, at around 8 p.m., according to a report by the Ma’an News Network.

Israeli news website Ynet reported that Israeli forced launched fire from two locations: ‘tanks deployed in the northern town of Metula which targeted outposts in southern Lebanon and artillery units which arrived on scene and launched artillery rounds on areas near the border.’

The strike came just over an hour after Israeli forces said a ‘concealed explosive device’ was activated against Israeli forces who were on the border.

Although clashes occasionally occur on the border between Lebanese and Israeli armed forces, incidents involving Hezbollah troops — which have bases throughout southern Lebanon but do not patrol the border itself — are rare.

A ceasefire has generally held the calm on the Israeli-Lebanese border since the 2006 war, when Israel launched a massive assault on southern Lebanon for a period of just over a month after Hezbollah forces engaged in a cross-border raid.

Over 1,200 Lebanese civilians and more than 40 Israeli civilians were killed in the ensuing war, while dozens of soldiers on both sides died before a ceasefire was signed and Israel pulled out of Lebanese territory, which it had invaded during the war.

Israel previously occupied southern Lebanon for nearly two decades ending in 2000. Hezbollah emerged as an armed movement during those years in order to fight the Israeli occupation, and today its political wing is an active part of the Lebanese government.