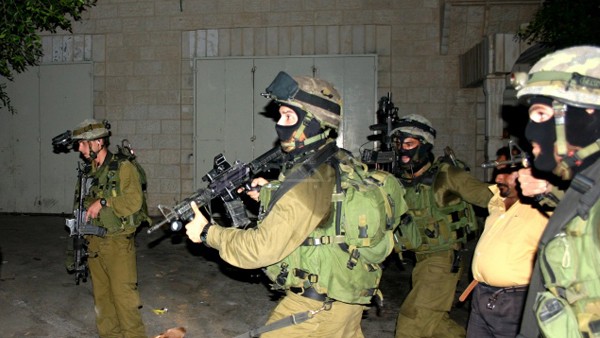 WAFA added that the soldiers invaded various neighborhoods in the town, leading to clashes with local youth who threw stones at them.

In related news, soldiers invaded the al-Asakra village, east of Bethlehem, broke into one home, searched, and handed a resident, identified as Ali Ibrahim Asakra, a military warrant ordering him to head to the Etzion military base for interrogation.

In addition, dozens of soldiers also invaded Beit Fajjar town, south of Bethlehem, and violently searched several homes after breaking into them.

The soldiers also placed sand barriers closing all entrances of the town, thus blocking all inbound and outbound traffic.

On Saturday evening, soldiers invaded Um Salmouna village, south of Bethlehem, and handed resident Hayyan Ibrahim Taqatqa, 27, a military warrant ordering him to head to the Etzion military base for interrogation.