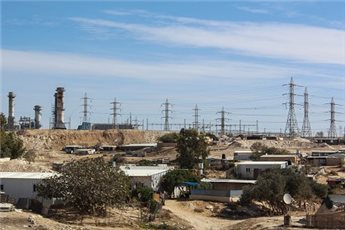 Eviction notices for buildings in Wadi al-Niam were issued, on Wednesday, by representatives of the Israeli Land Authority, according to local and official reports.
The notices were posted on a mosque, a house and a store in the village, with residents being given 80 days to either evacuate their buildings or file an appeal.

‘Israeli has declared war against us from all directions,’ Affash said.

‘Where do they plan to evacuate us? To the moon?’

The ongoing plan to displace tens of thousands of Bedouin Palestinians was reportedly discarded in December, but, according to locals, the Israeli government has continued to implement it at ground level, regardless, with ongoing demolitions, land confiscations and other violations.

There are about 260,000 Bedouin in Israel, Ma’an reports, mostly living in and around the Negev, in the arid south. More than half of them live in unrecognized villages, often in extreme poverty and without utilities, even while holding Israeli citizenship.