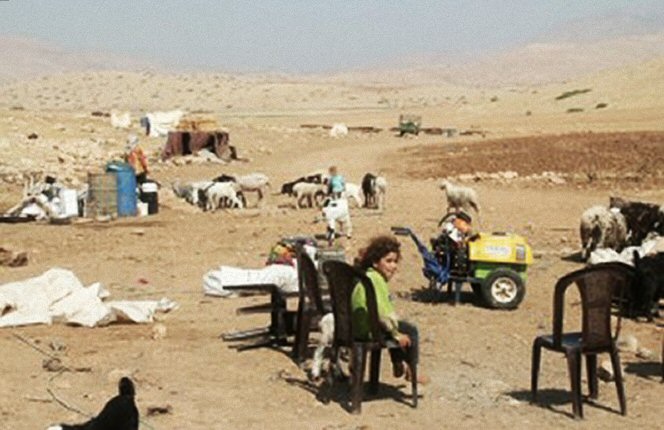 Israeli soldiers demolished 20 barracks in Jiftlik, this morning. As a result of the military’s actions, 25 Palestinian families have been left homeless.Jiftlik is a village in the Jordan Valley of the occupied West Bank.

In the aftermath of the Six-Day War, in 1967, over 800 homes in al-Jiftlik were razed by the Israeli army and its 6,000 inhabitants were ordered to leave. Since then, most of al-Jiftlik’s inhabitants returned to the village. Following the 1993 Oslo Accords between the Israel and the PLO, the village was designated as part of Area C, putting it under full Israeli military and civil administration.

The Palestinian News Network reports that Majedal-Fetyany, the governor of Jericho and the Jordan Valley, has criticized the Israeli demolitions in the Jordan valley, which are considered to be war crimes under international law, adding that these activities aim to deport the Palestinians and confiscate their lands for new Israeli settlers.

Furthermore, Majedal-Fetyany calls on the international community to put pressure on Israel to end such activities against the Palestinian residents of the Jordan valley.