US, EU and UN Draw Attention to Killing of Two Teens near Offer 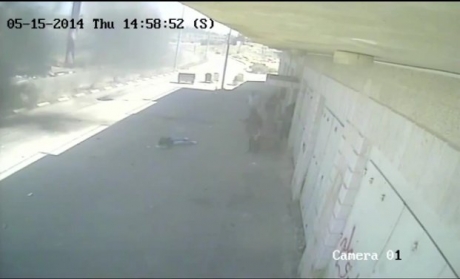 Representatives of the United States and the European Union have expressed a concern and called for investigations regarding the senseless deaths of two youth on May 15, near Ofer prison, in the West Bank, during Palestinian commemoration of the 1948 Nakba. UN representative Oscar Fernandez-Taranco has called for a probe into the matter.’We look to the Government of Israel to conduct a prompt and transparent investigation to determine the facts surrounding this incident, including whether or not the use of force was proportional to the threat posed by the demonstrators,’ said State Department spokeswoman Jen Psaki to reporters.

‘We express, of course, our condolences to the families of those deceased and urge all parties to exercise restraint,’ Psaki said during a Washington press briefing.

According to Ma’an, the comments come after video footage emerged which seemed to show the deaths of 15-year-old Muhammad Audah Abu al-Thahir and 17-year-old Nadim Siyam Nuwarah during a demonstration near Ramallah, on the anniversary of the Nakba.

WAFA reports that the EU missions in Jerusalem and Ramallah, in a statement Wednesday, expressed concern over the death of two youth, stressing that ‘It is important that any such incidents are investigated thoroughly.’

‘We reiterate the need for security forces, whether Israeli or Palestinian, to refrain from the use of lethal force, except in cases where there is a real and imminent threat to life,’ the statement concluded.

Oscar Fernandez-Taranco, the assistant UN secretary general for political affairs, urged Tuesday for an ‘independent and transparent’ probe into the circumstances surrounding the killings, according to the Alternative Information Center (AIC).

‘It is of serious concern that initial information appears to indicate that the two Palestinians killed were both unarmed and appeared to pose no direct threat,’ Fernandez-Taranco said.

‘In the strongest possible terms, we condemn the deliberate execution of two Palestinian teenagers who were fatally shot with live ammunition outside Ofer prison last week,’ Ashrawi said on Tuesday, adding that Israel’s use of excessive and indiscriminate violence and live ammunition on non-violent Palestinian demonstrations ‘constitutes war crimes and crimes against humanity under international law.’

See link below for video footage in question.