EU to Cooperate with Unity Government if Quartet Conditions Met 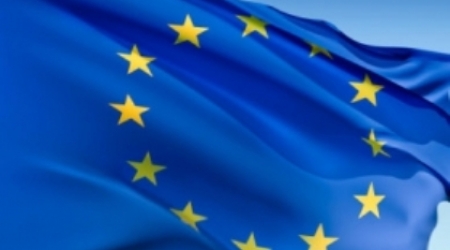 EU Ambassador to Israel, Lars Boberg Andrson, says that the European Union will cooperate with the new government if it recognizes the conditions outlined by the Mideast Quartet, which include recognition of Israel.
Andrson said in a meeting, on Tuesday, at King David hotel in Jerusalem, ‘It is wrong to believe that the relationships between Israel and the EU are only based on the Israeli-Palestinian negotiations.’

According to Al Ray, the ambassador touched on the political process stalled since the signing of the Palestinian reconciliation saying, ‘We could not know who will win the democratic election, but the international community could reinforce Abu Mazen’s position and the moderate camp, so that they can achieve victory.’

He futher added, ‘If everyone agreed to cooperate with Abu Mazen, the situation would change. The EU still sees Hamas as a terrorist organization and it will not change its view until the Islamist movement changes its attitudes and recognizes Israel.’

‘The EU’s policy is based on opposing the boycott campaigns against Israel and calls for expanding cooperation with it in several areas,’ Andrson said.

Under the April 23 reconciliation deal, the two sides are to soon announce an ‘independent government’ of technocrats, headed by Abbas, and paving the way for long-delayed elections.