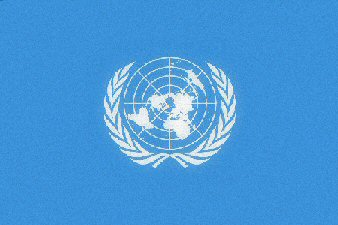 A health disaster of widespread proportions is rapidly unfolding in the Gaza Strip as a direct result of the ongoing conflict, said the United Nations today.Mr. James W. Rawley, the Humanitarian Coordinator in the occupied Palestinian territory (oPt), together with Mr. Robert Turner, UNRWA’s Director of Operations in the Gaza Strip, and Dr. Ambrogio Manenti, acting Head of Office of WHO’s operations in the West Bank and Gaza Strip, expressed grave concern regarding the lack of protection for medical staff and facilities, and the deteriorating access to emergency health services for the 1.8 million Palestinians in the Gaza Strip.

“We are now looking at a health and humanitarian disaster”, warned Mr. Rawley, adding, “the fighting must stop immediately”.

After more than three weeks of intense conflict, Gaza’s medical services and facilities are on the verge of collapse. One third of hospitals, 14 primary healthcare clinics and 29 Palestinian Red Crescent and Ministry of Health ambulances have been damaged in the fighting. At least five medical staff have been killed in the line of duty and tens have been injured. At least 40% of medical staff are unable to get to their places of work such as clinics and hospitals due to widespread violence and at least half of all public health primary care clinics are closed.

In addition, in the last 24 hours, anonymous calls were made to staff at both the Najjar Hospital in Rafah and Al Shifa Hospital in Gaza City warning of imminent attacks, causing major panic and chaos among patients and staff. Najjar Hospital was evacuated and remains closed due to fighting nearby.

The hospitals and clinics that are still functioning are overwhelmed: since 7 July over 8000 people have reportedly been injured, many seriously. Critical supplies of medicines and disposables are almost depleted and damage and destruction of power supplies has left hospitals dependent on unreliable back-up generators. Al Shifa, the main referral hospital in the Gaza Strip, is inundated with casualties and people seeking safety in its grounds. “The ability to provide necessary healthcare is being severely compromised. This puts the lives of thousands of Palestinians in needless danger”, said Dr. Manenti.

An estimated 460,000 people have been displaced and are now living in overcrowded conditions in schools, with relatives or in makeshift shelters. This, coupled with lack of adequate water and sanitation, poses serious risks of outbreak of water-borne and communicable diseases. “Hundreds of thousands of people are sheltering in terrible conditions, pushing UNRWA’s coping capacity to the edge”, said Mr. Turner.

Mr. Rawley stressed that “international law sets out clear obligations on the parties to the conflict to respect the status of hospitals and medical facilities as protected objects, to respect the status of and ensure the protection of medical personnel, to ensure the protection of civilians and to respect the fundamental human right to health ‘. The three officials also paid tribute to Gaza’s medical staff for working tirelessly in dangerous and difficult conditions to continue to provide urgently needed healthcare.