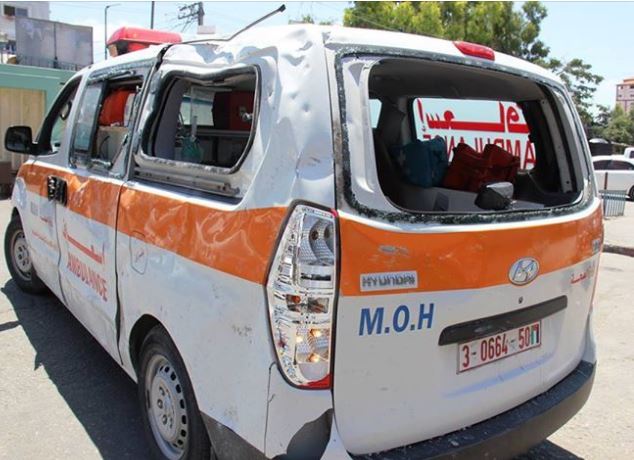 Palestinian medical sources have reported that at least ten Palestinians have been killed, on Monday at dawn, after the Israeli army and air force fired missiles into homes, and civilian areas, in different parts of the Gaza Strip. Dozens have been injured.Update: 06:54:
A Palestinian child, identified as Raghd Mas’oud, 7, from Rafah, was killed and four family members suffered moderate-to-severe injuries, after an Israeli missile struck their home in the al-Barazil neighborhood in Rafah. They have been moved to the Kuwaiti Hospital in Rafah.

Earlier on Monday morning, the army bombarded a home belonging to resident ‘Ayed al-‘Abadla, in the al-Qarara area, east of Khan Younis, in the southern part of the Gaza Strip, causing at least one injury.

The Ministry said the latest Israeli strike led to the death of two Palestinians in Sheikh Radwan District, in Gaza, while many Palestinians have been injured.

They slain Palestinians have been identified as:

A medical source in Beit Lahia, in the northern part of the Gaza Strip, has reported that five Palestinians have been killed, and scores injured, when the army bombarded several homes in the city.

Sources at the Shifa Medical Center in Gaza also reported that two Palestinians died of serious injuries suffered after the army fired missiles into homes, in earlier Israeli bombardment, in Sheikh Radwan.

Meanwhile in Tel Aviv, the Israeli security cabinet has decided Israel is not interested in a cease-fire agreement, through mediated negotiations with Hamas and other groups in Gaza, but is instead considering “unilaterally withdrawing from the Strip and relying on what it called “restored deterrence”, Israeli daily, Haaretz, said.

Haaretz quoted Netanyahu saying: “all options are on the table” for what he called ‘restoring security after all tunnels are destroyed”.

By the end of the day Sunday, the Ministry of Health said the number of Palestinians killed in the ongoing Israeli aggression in Gaza since July 8 is now more than 1803, including 401 children, 238 women, and 74 elderly.

The number of wounded Palestinians, including hundreds in serious conditions, has exceeded 9370, including 2805 children, 1823 women, and 434 elderly.

The Ministry said the Israeli army has targeted 36 Palestinian ambulances, some of them have been completely destroyed, while 19 medics have been killed and more than 102 have been injured.