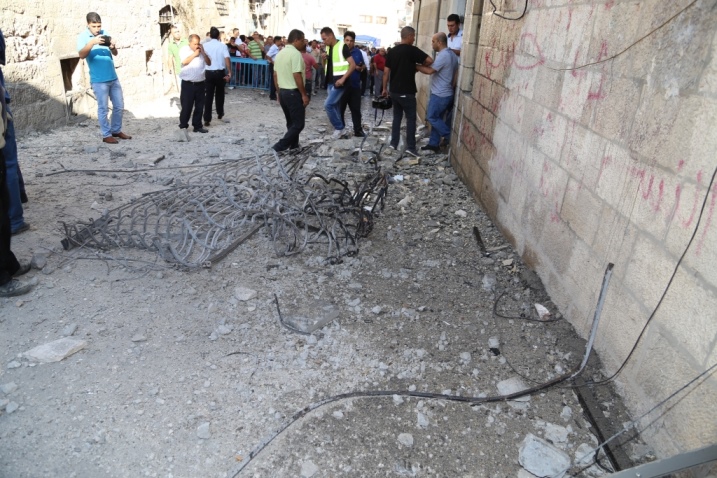 Just before the ceasefire went into effect on Tuesday morning, Palestinian resistance groups fired several dozen rockets toward Israeli targets in retaliation of Israeli bombardment of different areas of Gaza.Some reports indicate that a longest-range rocket, apparently aimed toward the settlement of Gush Etzion, instead hit a Palestinian home in the town of Beit Sahour, near the southern west Bank city of Bethlehem.

However, while investigations are ongoing, initial reports indicate that it is likely that the rocket that hit the home in Beit Sahour is an Iron Dome missile fired by Israeli to intercept the Palestinian rocket.

Five family members of the Jobran family were injured by the rocket, which was fired by the resistance groups in the Gaza strip.

The five family members, three children, two adults, were taken to a local clinic for treatment.

If the rocket was fired from Gaza, it would be the third time that a rocket fired by the Palestinian resistance toward Israeli targets has landed in Palestinian areas.

One of the three civilians killed by Palestinian rockets during the nearly-month-long assault was a Palestinian Bedouin living in a makeshift tin house in an unrecognized village in the Negev that had been destroyed by Israeli authorities on multiple occasions.

During the same time period, over 1800 Palestinians, an estimated 80% of whom were noncombatants, have been killed by the ongoing Israeli bombardment and ground invasion of the Gaza Strip.

Over 10,000 Palestinian homes have been hit by Israeli strikes, including close to 2,000 that were completely destroyed.

In addition, 19 electric plants and 8 water treatment plants have been targeted by the Israeli assault, rendering water undrinkable throughout Gaza and leaving most Gazans without electricity or internet. 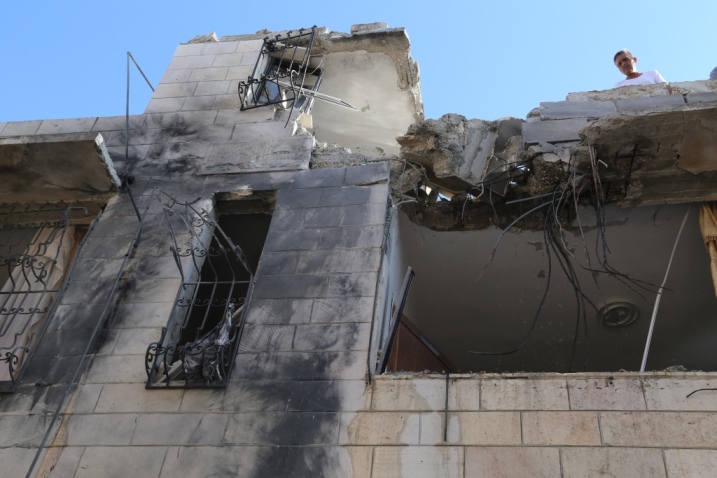