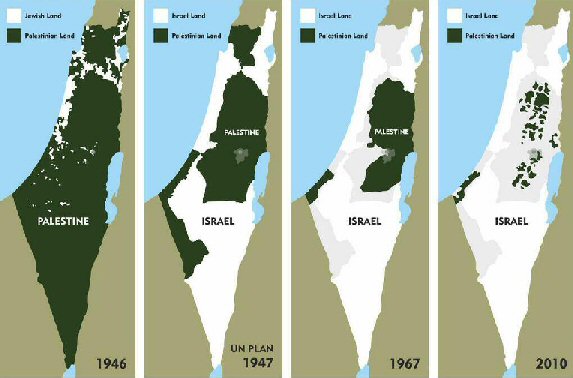 At least 38 Palestinians across the West Bank and Jerusalem have been abducted by Israeli forces, on Tuesday, while several others were summoned for interrogation, according to reports by local and security sources.According to WAFA Palestinian News & Info Agency, police arrested at least 27 Palestinians during predawn hours, in Jerusalem, following mass Gaza solidarity rallies which began on Monday.

In Jenin, the Israeli army took four Palestinians between the ages of 20 and 25, including a disabled, from the Jenin refugee camp, west of the city, after raiding their homes and damaging their furniture.

A disabled man from Jenin refugee camp, Mahmoud al-Hussein, age 25, was taken by the army despite his physical disability. Mahmoud was shot several times by Israeli soldiers in an prior raid on the camp, according to WAFA. The wounds affected his spine, his father said, adding that his son requires intensive care from the family.

Israeli police also abducted 21-year-old camp resident Qassam Gazzawi, while he was in Um al-Fahm, in Israel. His father said that police cordoned off the house where his son was working, blew the main door, raided it and took his son after beating him with their rifles.

Qassam was taken to an unknown destination.

In the Bethlehem district, Israeli forces stormed the village of Hosan, where they kidnapped two brothers aged 27 and 25, after raiding their homes. An 18-year-old in Bethlehem City was also taken.

A young man, age 33, from the nearby Dehesheh refugee camp, was taken an Israeli checkpoint south of Bethlehem, according to his father.

Additionally, four Palestinians, ages 19, 24, 21 and 20, from al-Ezza and Aida refugee camps, were summoned by the Israeli military to appear for interrogation at a nearby outpost.

Witnesses said Israeli forces deployed across Aida camp, where soldiers took over the rooftops of many homes, turning them into military outposts, while shooting rubber-coated steel bullets as well as sound bombs and tear gas canisters towards local residents. Many were injured, in addition to suffering from teargas inhalation.

WAFA reports that the army also arrested a youngster in the camp, after raiding his home.

In Hebron, soldiers stormed al-Fawwar refugee camp, just south of the city, where they kidnapped a local resident after searching his house. Two children were also detained for several hours.

Nearby, in Dura, one local resident was summoned to appear for interrogation.

Soldiers raided many other homes, in addition to a pharmacy, in Hebron city, upon which damages were reported, but no further abductions.

Meanwhile, a Palestinian worker from Bethlehem was attacked and severely beaten by Israeli colonial settlers in Jerusalem.

Security sources told WAFA that Hisham Hassan Hasasneh, age 20, from the town of Obaidiya, east of Bethlehem, was attacked by a group of settlers while he was at his place of work in Jerusalem, injuring him throughout his body.

He was taken to a Bethlehem hospital for treatment.

Violence in the occupied West Bank and East Jerusalem has been in a state of rapid escalation, since Israeli forces first began their current assault on the Gaza Strip in the first week of July.