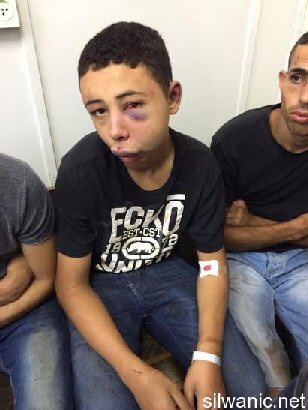 On Friday, fifteen-year-old Tariq Abukhdeir spoke at a hearing on Capitol Hill about the brutal beating he endured at the hands of Israeli police in early July.

The purpose of the hearing was to address Israeli impunity and US complicity in crimes against Palestinians. Tariq was one of six panelists to address the room, which was overflowing with congressional staffers.

Though he was just one of six speakers, Tariq’s testimony was especially powerful as he relayed to the audience the horrors and discrimination he witnessed and experienced as a Palestinian-American child visiting his ancestral homeland.

But just as Tariq started to detail the Israeli beating that left him unconscious and unrecognizable, CSPAN 2, which was broadcasting the hearing live, cut to the Senate floor.

The entire telecast can be seen on CSPAN’s website. The cut from Tariq to Boxer occurs soon after time code 03:30.

—–Tariq Abu Khdeir is the Palestinian-American cousin of Muhammad Abu Khdeir, who was tortured and finally burned to death by Israeli settlers, in early July.