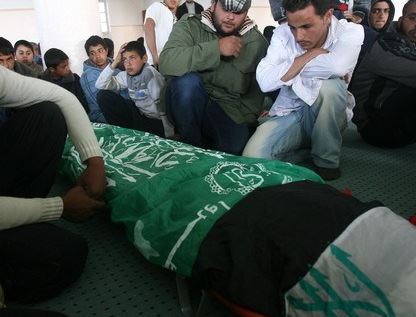 Palestinian medical sources have reported that a man was killed on Wednesday evening, when an explosive object — likely to have been fired by Israel, previously — detonated close to him in the Rabwat area, west of Khan Younis, in the southern part of the Gaza Strip.Medical sources said resident Kamal ad-Daly, 26, died of his wounds at the Nasser Medical Center in Khan Younis.

Police and security forces in Gaza have initiated an investigation into the issue.

Earlier Wednesday, five people, including an Italian journalist were killed and another six seriously injured by an unexploded Israeli missile which blew up in Beit Lahiya, northern Gaza. They have been identified as:

Also, a Palestinian woman died at a Jordanian hospital of serious injuries suffered in an earlier Israeli bombardment of Gaza. She has been identified as: