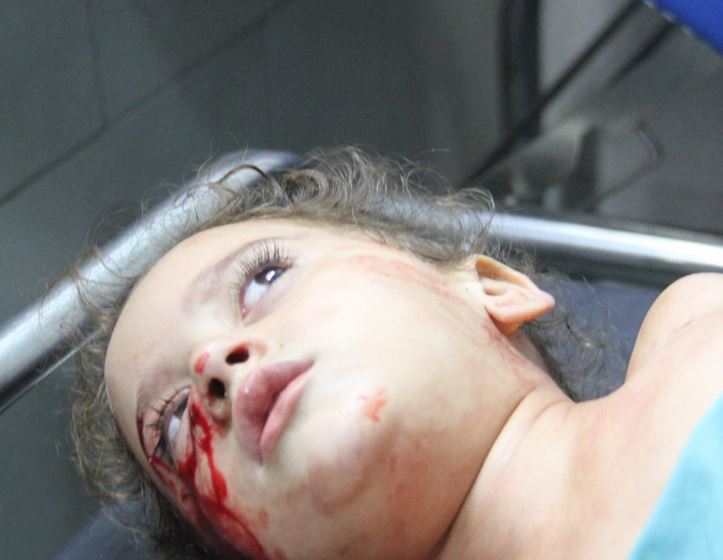 The sources said that a man, identified as Zaki Suleiman ar-Ra’ey, 54, died of serious injuries suffered earlier, Wednesday, after the army bombarded homes in Zeitoun neighborhood, east of Gaza City.

Another child was also killed in the shelling and at least seven Palestinians were injured, two seriously. The slain child has been identified as Nour Mohammad Abu Haseera, 2.

Two Palestinians, identified as Mustafa Sufian Mheisin, 31, and his father Sufian Darwish Mheisin, 52, were killed when the army fired a missile at a Palestinian car in northern Gaza.

The remains of two more Palestinians were located under the rubble of the Dalo family home, bombarded by Israel on Tuesday.

They have been identified as Mustafa Rabah ad-Dalo, 14, and Wafa’ Hussein ad-Dalo, 48. Several family members were killed and injured in the bombardment.

Palestinian resistance groups in Gaza said they retaliated to the ongoing, and renewed, Israeli aggression on Gaza, and fired several shells into different areas in Israel.

The Al-Qassam Brigades of Hamas said, Wednesday, it fired two missiles into an Israeli gas refinery, in Palestinian waters, across the shore with Gaza.

The Ministry of Health in Gaza stated 2035 Palestinians have been killed, and more than 10302 have been injured, since July 8. Most of the casualties are civilians, including children, infants, women and elderly.