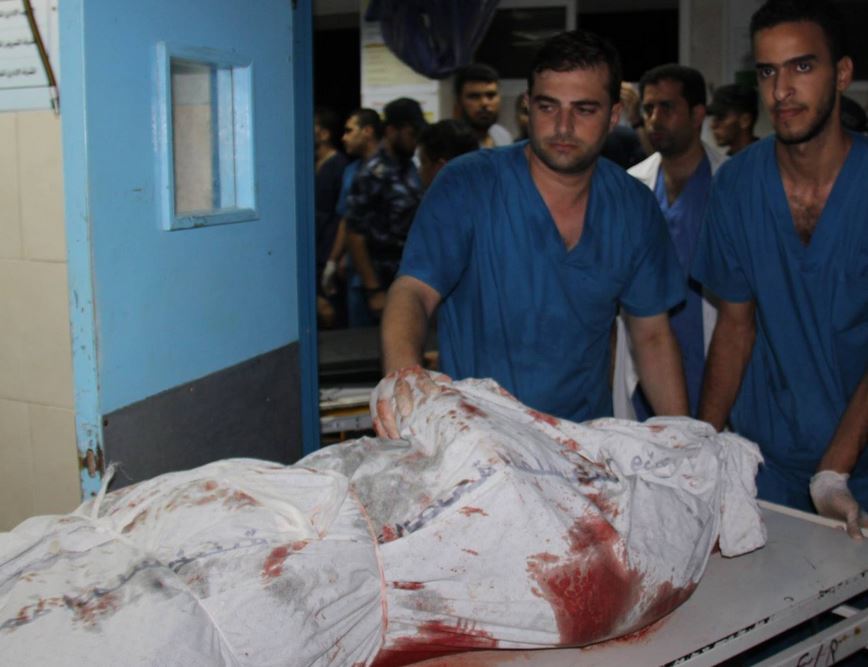 Palestinian medical sources in the Gaza Strip have reported on Monday, after midnight, that two Palestinians have been killed, and at least eight injured, including a medic, after the army repeatedly bombarded Gaza City.The sources said the soldiers fired missiles into Yarmouk Street, in the center of Gaza City, killing two young Palestinian men, identified as Mohammad Mo’in Abu ‘Ajwa, and Hasan Omar as-Awwad.

Three Palestinians were injured and in the attack, and were moved to Shifa Medical Center.

The army also targeted the Italian Residential Compound in Gaza, at least five times, causing excessive property damage, while at least five Palestinians, including a medic, have been injured.

Several injuries have also been reported, as the army fired missiles into a farm in Khan Younis, in the southern part of the Gaza Strip.