Child Dies In Egypt Of Injuries Suffered In Gaza 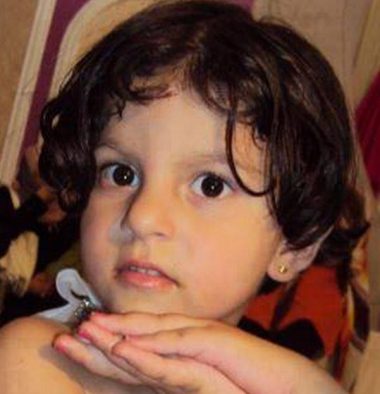 A 5-year-old Palestinian girl has died of injuries sustained during the recent Israeli offensive on the Gaza Strip.The Safa News Agency said Rahaf Abu Jame’, 5, from the village of Bani Suheila in Khan Younis, succumbed to her wounds in an Egyptian hospital while receiving treatment for shrapnel which hit her when their house was targeted by an air strike.

The child’s father told Safa that she was born after 15 years of waiting.

It is worth mentioning that 26 members of her family, including 19 children and five women, were killed, when she was injured on July 20th.

The devastating 51-day Israeli assault saw approximately 2,158 Gazans – the vast majority of whom were civilians – dead and over 11,000 injured, with thousands of residential structures in ruins.

Some 70 Israelis were killed, including 67 soldiers.

Names Of Palestinian Killed In Gaza Since July 8