Palestinian Dies Of Wounds Suffered During Israeli Aggression on Gaza 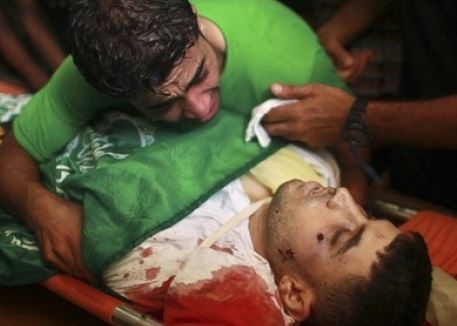 Medical sources have reported that a Palestinian man died, Saturday, of serious wounds suffered during the latest Israeli aggression on the Gaza Strip.The sources said Jamal Abu Lebda, 50 years of age, died at a Gaza hospital of wounds suffered nearly two months ago.

The 51-day Israeli onslaught on the Gaza Strip (between July 7 and August 26) led to the death of at least 2160 Palestinians, while more than 11000 have been injured.

Around 80.000 Palestinian homes have been bombarded during the aggression, in addition to medical centers, media agencies and various civilian facilities.