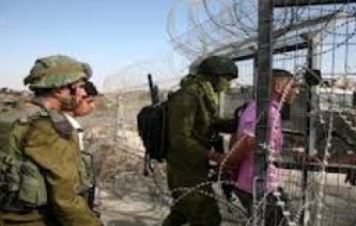 Israeli soldiers stationed across the border fence with Gaza opened fire, on Thursday morning, at several Palestinian farmers working in their lands east of Khan Younis, in the southern part of the Gaza Strip.Local sources said that soldiers stationed on military towers in Kissufim military base, across the border fence, opened fire targeting farmers in the Sanati area, east of Abasan al-Kabeera, and al-Qarara, east of Khan Younis.

The sources added that the attacks started around 6:30 in the morning, and also targeted homes which the civilians had to leave during the Israeli aggression on Gaza. Damage was reported but no injuries.

The soldiers frequently target Palestinian farmers and workers in border areas in the eastern and northern parts of the Gaza Strip, in an attempt to enforce a 300 meters “buffer zone”, keeping the Palestinians out of their lands under the guise of security.