68 Palestinian Migrants Deported Back to Gaza 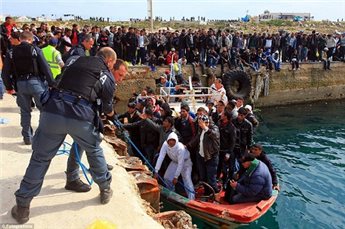 Egyptian authorities deported 68 Palestinians back to Gaza, yesterday, after they attempted to migrate from Alexandria to Europe.The migrants were found in the Mediterranean port city by security forces and had hoped to reach Italy, Egyptian officials stated.

According to Ma’an News Agency, an Egyptian court declared they would all be deported to the Gaza Strip, after finding that they had been using smuggling tunnels, there, to enter Egyptian territory.

Some 43 Palestinians were were also recently detained near Alexandria while attempting to reach Europe.

On September 14th, a large ship carrying around 500 migrants, including Palestinians, capsized off the Malta coast, leaving the vast majority of them dead.

Over 100,000 migrants have attempted the dangerous voyage across the Mediterranean into Europe since the beginning of 2014, one of the highest numbers in recorded history, Ma’an further reports.

Palestinians now make up the largest refugee population in the entire world.