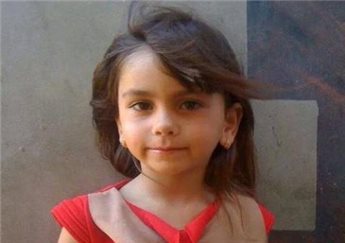 5-year-old Einas Khalil, who was struck by an Israeli settler vehicle, earlier on Sunday, has succumbed to her wounds, according to medics.The girl died after being hit by a car driven by an Israeli settler near the central West Bank town of Sinjil, medical sources at Palestine Medical Complex in Ramallah told Ma’an News Agency.

Both Einas and young Nilin Asfour were reportedly walking on the main road near the village when they were hit. They were taken to the hospital in Ramallah, where their wounds were described as serious.

Einas passed away some hours later.

Residents of Sinjil have accused the settler of deliberately hitting the girls, as heinous acts of violence against Palestinians such as this are not uncommon in the occupied territories.

Israeli police claim to have opened an investigation.

More than 500,000 Israeli colonizers now live in settlements across the occupied West Bank, including East Jerusalem, in direct violation of international law.