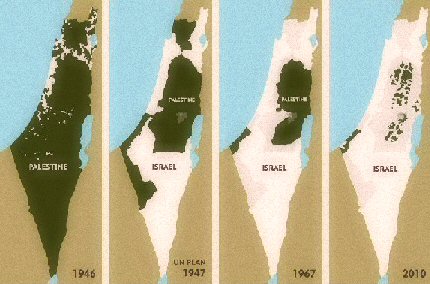 Israeli forces, Tuesday, kidnapped a number of Palestinian citizens, including one with a chronic heart condition, while assaulting another in the West Bank, according to reports by security sources.Israeli forces raided Aida refugee camp, to the north of Bethlehem, where they arrested 20-year-old Hamza Abu Srour and Mahmoud ‘Alayyan, 19, after breaking into and ransacking their homes, triggering clashes with locals, according to WAFA Palestinian News & Info Agency.

Clashes erupted between forces and school students at the eastern entrance of the camp, where soldiers fired tear gas canisters and stun grenades at students, causing several of them to suffocate.

Forces also reportedly raided Marah Rabah, a village to the south of the Bethlehem, where they abducted Yousef al-Sheikh, age 53, after breaking into and ransacking his home. Al-Sheikh is a former prisoner who was detained for seven years in an Israeli prison. He now suffers from chronic heart disease.

48-year-old Fatima al-Hathalin, in Umm al-Kheir village, to the east of Yatta, was assaulted by Israeli forces, suffering bruises across her body.

WAFA correspondence notes that Umm al-Khair is a Bedouin locale in Area C, under Israeli civil and military administration. It is located near the Israeli settlement of ‘Karmel’, which was illegally established during the beginning of the 1980s and expanded in recent years, most significantly in 2013.

Also on Tuesday, Israeli forces conducted live-fire military training in an area near residential homes to the east of Khirbet al-Tawil, south of Nablus, according to member of the anti-settlement committee in Aqraba, Hamza Dirieh.

Mr. Dirieh told WAFA that soldiers set up camps in the area and began their training which is conducted on regular basis. The nearby area houses about 180 Palestinians who rely on their land and flocks for living.

Khirbet al-Tawil, with most of its land confiscated by the encroached settlement expansion, was demolished eight times, previously. The region is under constant attack by both the army and Israeli settlers, and are often subject to housing demolitions and land seizures to benefit further illegal settlement expansion.

Meanwhile, in occupied Jerusalem, Israeli police took Fares Salem from the Jabal al-Mukaber neighborhood, to the southeast of the city. In Hebron, forces raided al-Jildeh neighborhood, where Seif Abu Zeineh, 22, was also taken.

Furthermore, police demolished parts of a home in the central occupied East Jerusalem.

West Jerusalem Municipality representation, with police accompanied by heavy bulldozers, surrounded a house belonging to al-Sharif family, on Salah ad-Din street, under the pretext of building without obtaining a construction permit.

Israeli soldiers are also prevented the house residents from moving or media crews from accessing the demolition site.

Additionally, Israeli Jerusalem Mayor Nir Barkat Tuesday broke into al-Aqsa Mosque, from the Mughrabi Gate along, with a number of his assistants, according to a compound worker.

He said that Barkat quickly toured al-Aqsa yards, shortly following his participation in a debate at the Israeli Knesset during which Israeli right-wing members debated the notion of enforcing Israel’s sovereignty over al-Aqsa Mosque.

The bill in question aims to divide the mosque both spatially and temporally, and to specify certain times and places for Jews to perform prayers and Talmudic rituals.

In the Gaza Strip, on Tuesday, the Israeli navy again targeted Palestinian fishing boats with gunfire offshore the coast of Gaza, according to witnesses who told WAFA that soldiers opened fire at a number of Palestinian fishermen, despite the fact that they were within the six-nautical-mile zone allowed for Palestinian fishing off Gaza; no casualties or injuries were reported by WAFA correspondence.

Under the 2012 ceasefire agreement between Israeli and Palestinian factions, Israel agreed to expand the area for fishing in up to six nautical miles, but later reduced it to three.

Following the Israeli offensive, this past July, Israel agreed to allow fishing boats from Gaza to go some six nautical miles from the coastline, as well as to gradually expand the zone, over time.