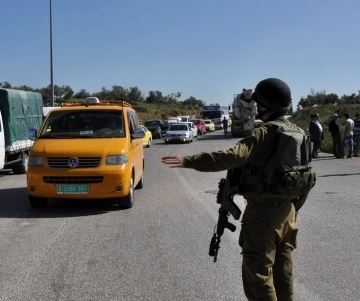 The Palestinian ran toward police barricades on the side of the road, and escaped the attack unharmed, the Maan News Agency said.

Salah said he was heading towards his land, as he does every day, when he noticed a settler, driving a red Daihatsu car speeding towards him. The settler’s vehicle struck the barricades, and fled the scene.

He added that the incident was not just a traffic accident, as he could see the driver shifting his vehicle towards him, and trying to run him over.

Last Month, a Palestinian child identified as Enas Dar Khalil, 5 years of age, was killed after an Israeli settler rammed her and her friend with his car and fled the scene. http://www.imemc.org/article/69439

TV Report On Palestinian Child Rammed To Death By A Settler’s Car
http://www.imemc.org/article/69447