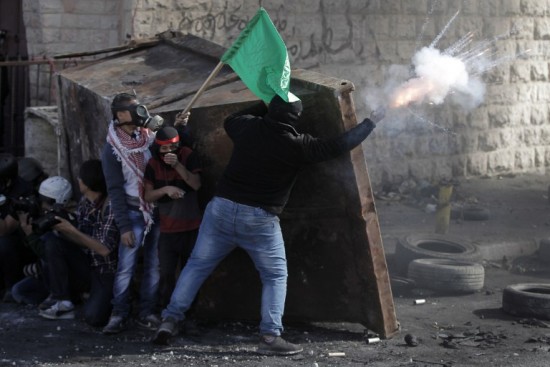 Palestinian medical sources have reported that at least 65 residents have been shot by Israeli rubber-coated metal bullets, while more than 207 suffered the effects of tear gas inhalation, during clashes with the soldiers in different parts of occupied East Jerusalem.The Red Crescent in the city said its medics provided treated to the wounded Palestinians, and moved many of them to local hospitals and clinics.

It added that 37 Palestinians have been injured by Israeli rubber-coated metal bullets, and around 150 suffered the effects of tear gas inhalation in Shu’fat refugee camp, north of occupied East Jerusalem.

In addition, 28 Palestinians were shot by rubber-coated metal bullets, and around 50 suffered the effects of tear gas inhalation during clashes with Israeli soldiers invading various neighborhoods of East Jerusalem, including Wad al-Joz, at-Tour, al-Isawiyya, and the Old City. One of the wounded suffered fractures in his leg.

The wounded residents received treatment by field medics, and some in a number of homes, as the ambulances could not transfer them to local hospitals and clinics due to extensive deployment of the Israeli army and police, especially since the soldiers blocked and sealed various roads and neighborhoods.

Clashes also took place in the al-‘Isawiyya town, after the soldiers invaded the Mahmoud neighborhood, and fired gas bombs into its alleys and at a number of homes.

Mohammad Abu al-Hummus of the al-‘Isawiyya Follow-up Committee, said dozens of residents suffered the effects of tear gas inhalation, seven of them were moved to a local hospital.

One of the wounded is a month-old infant, identified as Hala Mahmoud Khalil.

Abu al-Hummus said the soldiers continued their blockade of the town, after installing concrete blocks on its main entrances, in addition to keeping it completely surrounded.

On Friday evening, clashes took place in Jabal al-Mokabber village after a number of Israeli settlers hurled stones at a number of Palestinian homes and cars, before the army fired gas bombs at the residents and their homes.

The soldiers also used trucks to spray several homes, schools, and clinics with waste-water mixed with chemicals, especially in Wad al-Joz and al-‘Isawiyya.

The Parents Committee of At-Tour Students decided to suspend schools, Saturday, to allow proper cleanup before students can go back to their classes, after the soldiers sprayed the schools with waste-water mixed with chemicals,

On Friday at night, Israeli soldiers kidnapped a Palestinian near his home in the al-Wad Street, adjacent to the al-Aqsa Mosque.

Clashes also erupted in Ras al-‘Amoud and the ath-Thoury neighborhoods, and Sur Baher.