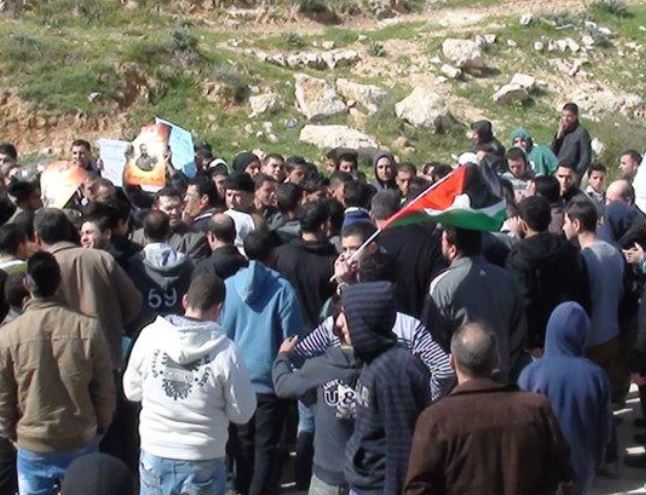 Palestinian medical sources have reported that several Palestinians have been shot and injured by Israeli army fire, in Beit Ummar town, north of the southern West Bank city of Hebron, while many have been injured in Hebron city. Mohammad Awad, spokesperson of the Popular Committee against the Wall and Settlements in Beit Ummar, stated that two young Palestinians, 17 and 20 years of age, were shot by rubber-coated metal bullets, near Karmie Tzur illegal settlement, near the town.

Awad added the scores of residents suffered the effects of tear gas inhalation.

In addition, several residents have been shot and injured by live rounds, fired by Israeli soldiers, during clashes with local youths in Ras al-Joura area, in Hebron city. Many residents suffered the effects of tear gas inhalation.

The protesters were marching against the escalating Israeli attacks, and invasions by radical settler groups, targeting the Al-Aqsa Mosque in occupied Jerusalem, and frequent Israeli assaults against Muslim worshipers, and Palestinians, in the city.

The army repeatedly closes gates of the al-Aqsa mosque to prevent the Muslim worshipers from entering it while allowing Israeli extremists to invade its yards.