Israel to Build Water Barrier Along Jordan and Egypt 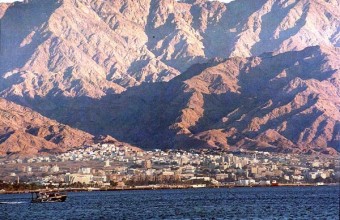 Israeli sources claim that the troubled security conditions in Egypt have forced Israel to make this decision to abort any attempt from outsiders to sneak into ‘Israeli beaches’.

Though security in Egypt remains on high alert, President Abdel Fattah al-Sisi, has recently expressed concern for the Palestinian cause, going so far as to say that he would be prepared to send in troops in support of future Palestinian state, in order to help stabilize it.

According to Walla Israeli news, Israel has already started the construction process to build a water barrier along the borders with Jordan, in Aqaba.

In related news, PNN reports that Israeli Foreign Minister Avigdor Lieberman, on Friday, proposed on his Facebook page and his party’s website, that the Israeli government should offer ‘economic incentives’ for Palestinian citizens of Israel, in order to encourage them to leave the country and move to their planned independent Palestinian state.

With the headline ‘Swimming Against the Stream’, Lieberman stated: ‘Those [Palestinians in Israel] who decide that their identity is Palestinian will be able to concede their Israeli citizenship and move and become citizens of the future Palestinian state. Israel should even encourage them to do so with a system of economic incentives.’

Lieberman has always called for division of Jews and Palestinians, and he is one of the most strident of those suggesting separation of the population.