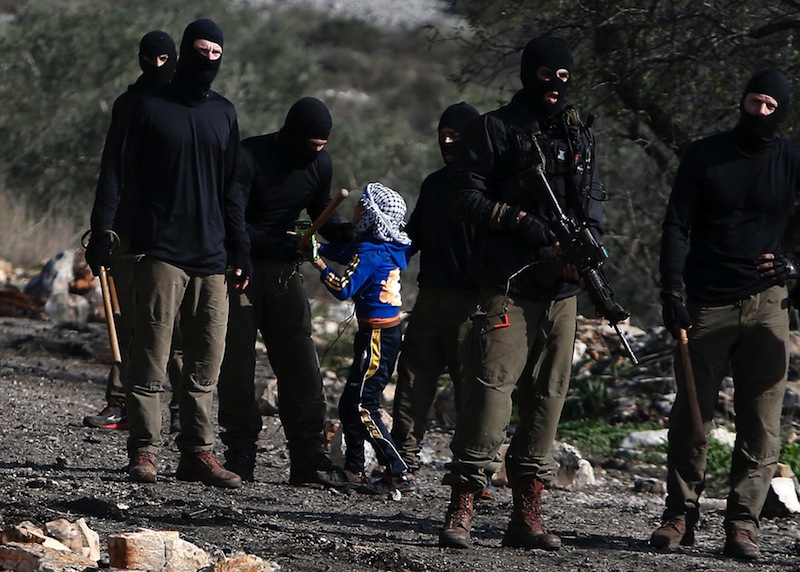 (Photo: Masked members of the Israeli security forces briefly detain a Palestinian boy during clashes following a demonstration against the expropriation of Palestinian land, by Israel, in the village of Kfar Qaddoum, near Nablus, in the occupied West Bank, on December 23, 2016. / AFP / JAAFAR ASHTIYEH)

Today, Friday December 23rd, 2016, the village started its march, as usual, toward the blocked road. Suddenly, 12 soldiers from a special unit of the Israeli occupation force surprised them in an ambush, and attacked and arrested a 7-year-old Palestinian child.  Twelve heavily armed soldier’s surrounded the boy, attacking him.  One of them forcefully grabbed the boy from his neck, questioning him about his father.  Three Palestinians were also injured with rubber-coated steel bullets.

Kafr Qaddoum’s weekly protests have been occurring since July of 2011, in the attempt to take back the road that connects their village to the city of Nablus, elongating Palestinians’ commute by 14 kilometers. These demonstrations are always met by Israeli occupation forces and/or border police, who throw sound grenades, tear gas, rubber-coated steel bullets, and, at times, live ammunition to prevent the nonviolent protesters from executing their democratic rights.

The young boy was released after one hour, and he told his father, “I was very afraid. I didn’t know what to do. I just began shouting between 12 huge soldiers, and one of them hanged me from my neck and asked me about my father”. The boy continues to experience the effects of post-traumatic stress syndrome, shaking continuously, while sharing more of the experience to his family. 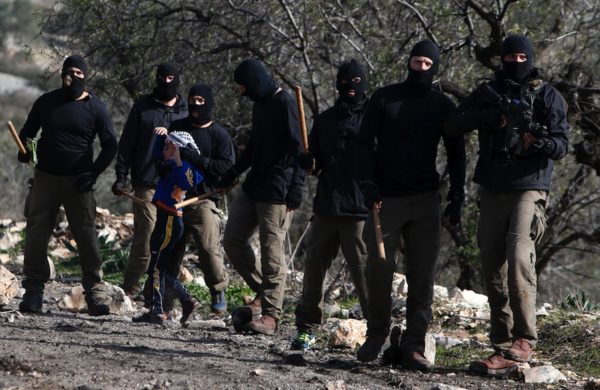 More info at the official website of the International Solidarity Movement (ISM).