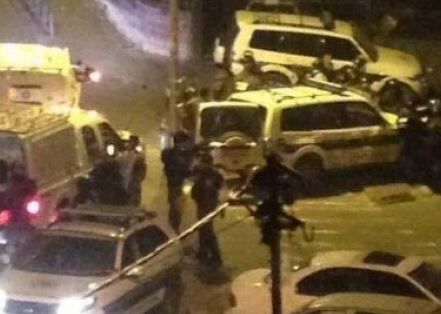 The soldiers kidnapped two brothers identified as Abdul-Rahman and Borhan Kashour, after violently beating and kicking them, and briefly detained six others.

The clashes started after when a number of military vehicles, and undercover units, invaded the neighborhood, and fired several gas bombs and concussion grenades.

In addition, soldiers kidnapped a child, identified as Salah Mousa ‘Oweida, from the al-Bustan neighborhood in Silwan, south of the Al-Aqsa Mosque, during a late-night invasion that led to clashes.

In addition, clashes took place on the main entrance of ‘Anata town, northeast of Jerusalem, and the soldiers also fired gas bombs, concussion grenades and rubber-coated metal bullets at local youths, who hurled stones and empty bottles at them.