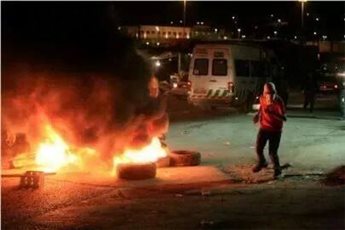 Tens of thousands of Palestinians performed afternoon prayers at Al Aqsa Mosque in occupied East Jerusalem, Friday, and later marched through the streets of the Old City in protest against Israeli policies banning Muslim worshipers.The director of the Al Aqsa told Ma’an News Agency that the number of worshipers at the mosque reached some 60,000 people, including thousands of worshipers who had traveled to attend from the West Bank.

This week was one of the first in months during which Israeli restrictions on Palestinian access to the mosque were almost entirely lifted, allowing tens of thousands to gather at the compound.

The director of the mosque stated that eight busloads carrying Palestinians from the occupied West Bank cities of Nablus and Jenin, alone, arrived at the mosque for prayers.

Following prayer services, worshipers organized a march in support of Palestinian access to the mosque, and in protest against Israeli policies which have been repeatedly imposed on Palestinians to prevent them from reaching the holy site.

Friday’s lifting of access restrictions came amid months and years of increasingly severe restrictions on Palestinian entry to the mosque, intensifying over summer and fall, and sparking daily clashes in the area with authorities and raising tensions across Jerusalem.

Note: According to a 1967 agreement Israeli authorities made after occupying Jerusalem, only Muslim prayer is allowed in the Al-Aqsa Mosque compound while Jewish prayer is allowed at the Western Wall, next door.

Ma’an reports that in recent months, however, right-wing Jewish groups who have previously called for the destruction of the mosque and the construction of a Jewish temple on the site have repeatedly entered the area under heavy police escort.

The visits, combined with proposals for a Knesset vote to divide the site between Jews and Muslims, have outraged the Palestinian public, as they see the apparent encroachment on Al Aqsa as symptomatic of the wider denial of their rights in historic Palestine, as well as intense discrimination in housing, employment and social services by Israeli authorities.

The compound, sitting just above the Western Wall plaza, is home to both the Dome of the Rock and Al Aqsa mosque. It is the third holiest site in Islam.

It is also venerated as Judaism’s most holy place, as it sits where Jews believe the First and Second Temples once stood. The Second Temple was destroyed by the Romans in 70 AD.

Pro-Israeli organizations have attempted to employ the claim over the site in securing solidarity with Western Christian churches. Palestinian Christians, largely of the Greek Orthodox sect, continue to be outspoken on Israeli violations.

Christendom, as a whole, remains largely divided on the issue, as biblical prophecy states: ‘I did not see a temple in the city, because the Lord God Almighty and the Lamb are its temple.’ ~Revelation 21:22

Al Aqsa is located in East Jerusalem, a part of the internationally recognized Palestinian territories that have been occupied by the Israeli military since 1967.

Witnesses told Ma’an that clashes broke out in the area, where Palestinians threw Molotov cocktails, fireworks, and stones at Israeli forces who were deployed in the area.

Undercover forces raided the neighborhood, with witnesses stating that they detained and beat three Palestinians youth. Two of the detainees were identified as Abd al-Rahman and Burhan Kashour, while the identity of the third was not clear. Six other locals were briefly detained for a few minutes before being released.

Three Palestinians were reported to have been lightly injured by rubber-coated steel bullets during the clashes.

Forces also reportedly detained a child named Salah Moussa Owedah from al-Bustan neighborhood, in the Silwan neighborhood. The circumstances of the arrest were not immediately clear, according to Ma’an’s report.

An Israeli police spokesman could not be reached for comment. 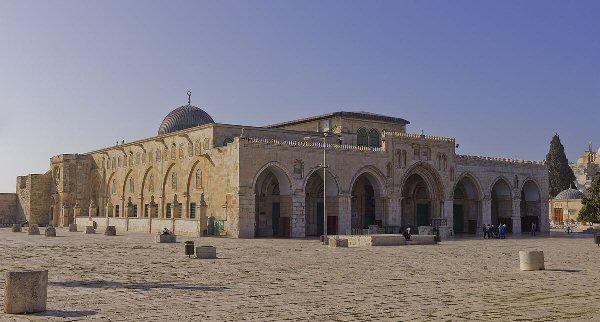