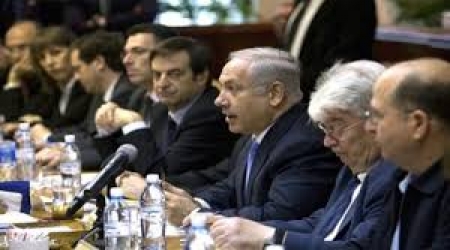 Israeli police say they have detained over 30 individuals, including former public officials, in an investigation into alleged corruption, and that one of those under suspicion is a deputy minister in Prime Minister Benjamin Netanyahu’s cabinet.According to Al Ray correspondence, not all of the suspects’ identities have been released.

Furthermore, the list reportedly centers around a single political party — that of Foreign Minister Avigdor Lieberman’s Yisrael Beiteinu, a party already tainted with the stain of corruption.

Born in Moldova, Lieberman is one of the only foreign ministers in the world who does not live in territory officially recognized as his own country.

More recently, the Foreign Minister’s life was threated with an assasination attempt.

Prime Minister Benjamin Netanyahu is reportedly facing probes of his own, within his party, according to a report by Antiwar.com, and the Likud party’s comptroller has disqualified the PM from running for Likud leadership, due to misuse of party funds.

News of the investigation comes as pending Israeli elections, in which Netanyahu is seeking a fourth term, appear to remain slated for March 17th.