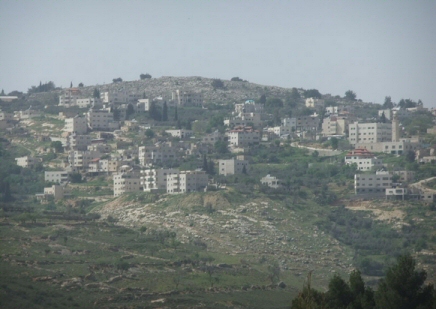 Israeli forces, Saturday, summoned seven Palestinians between the ages of 14 and 21 to appear before Israeli intelligence for interrogation. In addition, soldiers blocked the entrance of Beit Ikksa village, northwest of Jerusalem, according to local and security sources.Sources told WAFA Palestinian News & Info Agency that Israeli forces handed seven Palestinians notices to appear for interrogation after detaining them at an Israeli military checkpoint located at the northern entrance of the town of al-Taqou, east of Bethlehem.

Six of the detained individuals are from al-Amour family and were identified as Mohammad, 14, Hamza, 16, Loay, 18, Mousa, 20, Ahmad, 21, and Alaa, 19. Forces also handed Khalil Tanooh a similar notice.

Meanwhile, Israeli soldiers closed off the military checkpoint located at the entrance of Beit Ikssa, to the northwest of Jerusalem, preventing Palestinians from crossing and entering the village, thus isolating it from surrounding villages.

Forces allowed only village residents to enter, while preventing the rest from crossing.

WAFA notes that this military checkpoint is considered the only way to get to Ramallah and al-Bireh.