Israeli Bank to Pay $400m to US in Tax-evasion Case 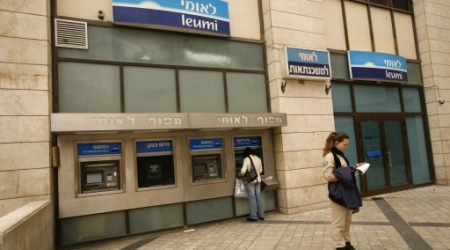 An Israeli bank has been fined $400 million USD for aiding and assisting Americans in evading payment of their taxes.Al Ray reports, via Press TV, that Israel’s second largest bank, Bank Leumi, will pay as much as $270 million to the US government and $130 million to the US State Department.

“Bank Leumi employees engaged in a series of egregious schemes – including creating complex, sham loan arrangements – to help its US clients shirk their responsibility to pay taxes,” State Department Superintendent Benjamin Lawsky said in a statement.

“What’s worse, when certain Swiss banks began to put the brakes on this type of misconduct, Bank Leumi instead hit the accelerator even harder – viewing it as a ‘golden opportunity’ to pick up new business,” Lawsky added.

According to the US Department of Justice, the bank aided American taxpayers in hiding their assets in Israel, Switzerland, and Luxembourg from 2000 to 2011.

Bank Leumi has admitted to the violations, agreed to pay the fines, and has reportedly sacked some of its senior employees, as well.