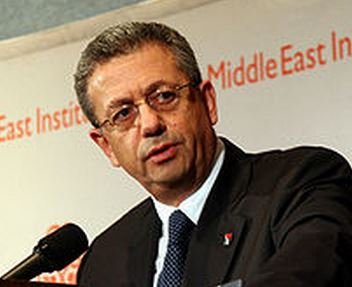 The Palestinian official further stated that Israel must be stopped, face sanctions, and must be boycotted to understand the illegality of its actions and its outrageous violations.

He also said that the Palestinian Authority must stop all sorts of security coordination with the Israel, especially since Tel Aviv never ceased its attempts to break the will of the Palestinian people and their ongoing legitimate struggle against it, and its colonies in occupied Palestine.

Barghouthi said that the Palestinians are also facing escalating attacks carried out by armed militias living in illegal colonies in the occupied West Bank, and denounced a recent assault conducted by armed Israeli colonizers who shot and injured three Palestinian farmers in Yanoun village, east of the northern West Bank city of Nablus.

“What happened, and keeps happening, takes place under the full protection of the Israeli army,” the Palestinian official said, “Such attacks are acts of state-sponsored terrorism, very serious violations to basic principles of human rights; Israel must be held accountable for its crimes.”

Chief Palestinian negotiator Dr. Saeb Erekat said the Israeli decision is a war crime, and added that the Palestinian Authority will not be blackmailed.

The Palestinian decision to sign the Rome Statute and join the International Criminal Court faced strong criticism from both Tel Aviv and the United States, amidst threats of imposing further sanctions on the Palestinian Authority, and to isolate it.

This is not the first time Tel Aviv moves to freeze Palestinian tax money whenever the Palestinian Authority filed applications to join UN institutions and international organizations, including when the Palestinians managed to obtain a full member of the UNESCO, and when the General Assembly of the United Nations passed an overwhelming vote granting Palestine a Non-Member Observer State status, in November of 2012.