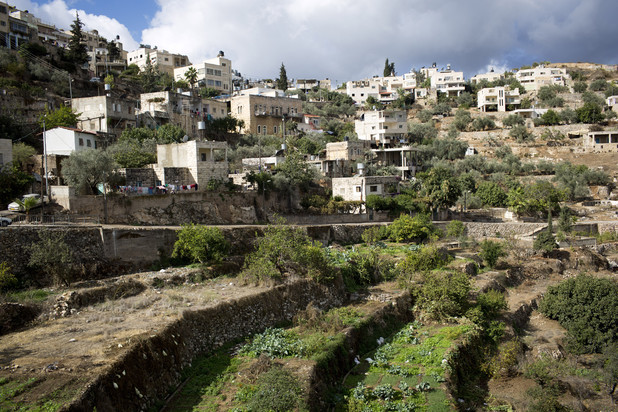 Palestinian villagers from Battir, in the southern part of the West Bank, declared a victory on Sunday in their struggle to save their village from annexation by Israeli forces for the construction of the Wall through the town.Battir has been the site of non-violent protests and resistance to the Israeli Wall, along with a number of other West Bank villages, which have held weekly non-violent protests for over a decade to try to stop the continuous Israeli expansion and the construction of the Wall on their land.

In Sunday’s decision, the Israeli High Court rejected the most recent directive by the Israeli military that ordered the further annexation of village land for the construction of the Wall. Battir is located on the site of an ancient Roman-era irrigation system which is still used by the farmers from the village for the irrigation of their crops.

It is a World Heritage Site, recognized by the United Nations Educational, Social and Cultural Organization (UNESCO) in 2014 as an ‘endangered heritage site’.

In 2012, an Israeli government agency recognized the imminent danger to the historic town, and called for a re-routing of the Wall. In an article by Jillian Kestler-D’Amour in the Electronic Intifada at the time, ‘For the first time, an Israeli state agency expressed opposition to the route of the wall. The Israel Nature and Parks Authority (INPA) reportedly withdrew its support due to the damage the wall would cause to the landscape and local wildlife, and to Palestinian residents of Battir. ‘No matter how narrow the route of the fence, it will be a foreign engineering element in the heart of the agricultural terraces, and separate the village from its lands among which are plots irrigated by spring water,’ the INPA wrote in a letter to the Israeli defense ministry.’

According to Akram Badir, the head of Battir’s local council, the High Court on Sunday ‘signed a final decision rejecting a request by the Israeli army to build a section of the annexation wall in the village.’

Badir told reporters from the Ma’an News Agency that, ‘To make any changes to the decision, the Israeli occupation will have to start new procedures from scratch that will take several years. This triumph in Battir is a victory for Palestine as whole.’