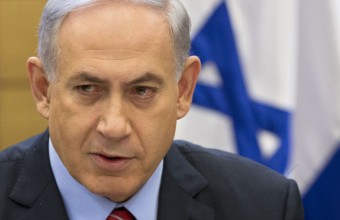 Israeli Prime Minister Benjamin Netanyahu said, Sunday, that PA President Mahmoud Abbas’ bid to join the Hague-based International Criminal Court (ICC) would only expose him and other Palestinian officials to prosecution over their support for what he called ‘militant Islamist groups’, PNN reports. ‘We will take steps in response and defend Israel’s soldiers,’ Netanyahu was quoted to say by Reuters.

Palestinian Ambassador to the United Nations, Riyad Mansour, delivered documents to the United Nations headquarters, Friday, to become a signatory to 22 international treaties, including the ICC, in the hope of pursuing war-crimes charges and achieving ‘justice for all the victims that have been killed by Israel, the occupying power,’ Reuters reported.

It takes 90 days to join the ICC, which looks at cases of severe war crimes and crimes against humanity, such as genocide, according to Haaretz. Abbas signed the documents Wednesday, one day after the UN Security Council rejected a Palestinian resolution demanding statehood and for Israel to withdrawal from its territory.

Also on sunday, Netanyahu vowed to deny Palestinians in their efforts to ‘drag IDF soldiers and commanders to the International Criminal Court in The Hague,’ according to the Jerusalem Post.

‘The Palestinian Authority has chosen confrontation with the state of Israel, and we will not sit with folded hands,’ Netanyahu said at the start of the weekly cabinet meeting in Jerusalem. ‘Those who need to answer before a criminal court are the heads of the Palestinian Authority, who have forged an alliance with the war criminals of Hamas.

Netanyahu’s comments at the start of the weekly cabinet meeting was his first comment on Jerusalem’s decision to freeze the transfer of NIS 500 million to the Palestinian Authority in response to the PA’s decision to join the International Criminal Court.