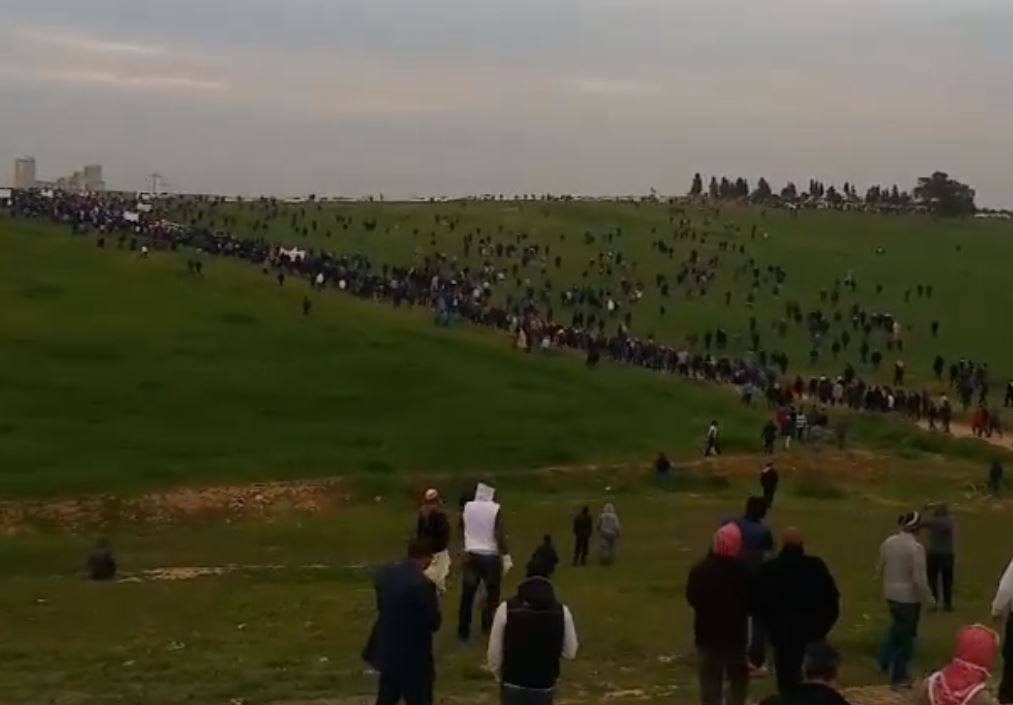 Protesters marched and blocked roads Monday following the funeral of a young man shot and killed by Israeli forces late last week while attending the funeral of another young man shot by Israeli troops.
The deaths of the two men in separate incidents in close succession have brought out a long history of repression, demolition and attacks on Palestinian Bedouins living in the Negev, in what is now southern Israel.

Thousands of Bedouins have inhabited the desert land for hundreds of years, but with the creation of the state of Israel they became ‘unrecognized villages’. Israeli authorities have repeatedly razed whole villages to the ground, and attempted the forced relocation of virtually the entire Bedouin population of the Negev, in order to make way for Israeli governmental projects.

The protest took place in the town of Rahat, and was attended by over 2,000 Bedouins and their supporters from all across Israel. It followed the funeral of 45-year old Sami Ziadna, who was killed several day’s ago at the funeral of a young man killed by Israeli forces during a raid.

It’s unclear exactly how Ziadna died, but it is suspected that he died from excessive inhalation of tear gas.

In addition, a solidarity protest was held in the northern Israel town of Haifa, where hundreds of people gathered to show suport for the Bedouin and their ongoing struggle against Israeli military and police repression.

At both the Rafat and Haifa protests, people held signs with messages like ‘Stop violence, stop racism’. Israeli police assaulted the protesters with tear gas and concussion grenades.