Three Women, One Child, Ordered Away From The Al-Aqsa Mosque 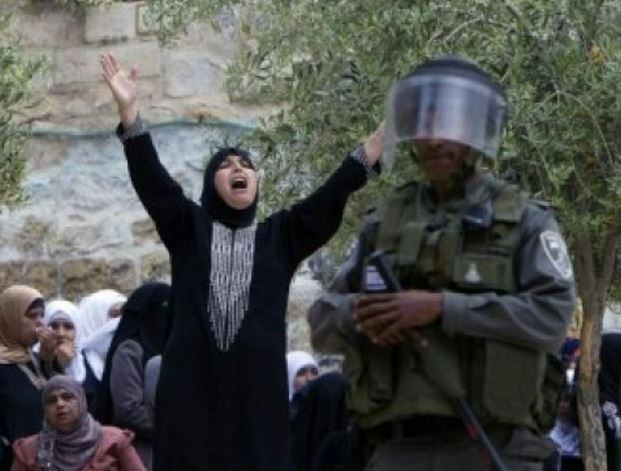 The Israeli Authorities decided, on Thursday evening, to deny access to the Al-Aqsa Mosque in occupied Jerusalem, to three women and one girl for a period of 15 days.Earlier on Thursday, the Israeli army kidnapped Amani Tawil, Nour Abu Sneina, Bara’ an-Natsha, 17, Abeer Odah and Hoor ‘Abdin, 14 years of age, near the main gates of the Al-Aqsa Mosque, for what the soldiers said “chanting Allahu Akbar” (God Is Greater), while scores of Israeli fanatics stormed the mosque’s yards.

All, except for ‘Abeer, have been released after receiving the official orders forcing them away from the mosque for 15 days, while ‘Abeer remained under interrogation without the right to legal representation.

Three of them have been detained, along with two other women, on Monday, and were released after several hours of interrogation.

On Monday, the Police detained Bara an-Natsha along with Hiba al-Husseini, 28, Safa’ Seyaj, 26, Jumana Abu ‘Arafa, 23, and Ansam Moghrabi, 17, and released them after interrogating them for several hours. http://www.imemc.org/article/70302