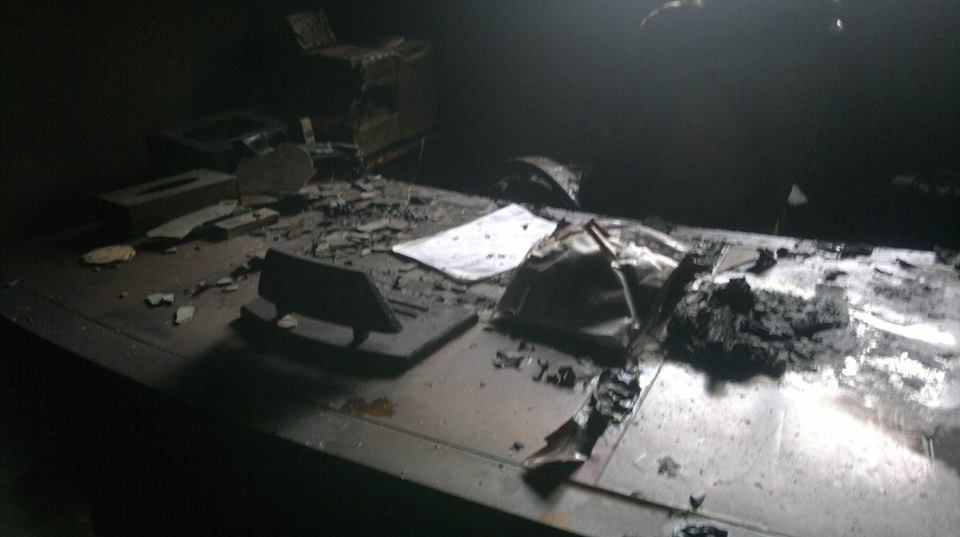 The Palestinian Commission Of Detainees in Gaza City has reported that unknown assailants burned its main office, before dawn on Tuesday, and that some of its computers were stolen.The Commission said the main door of the office was smashed, and it appears the fire was deliberately set, after the assailants had stolen some computers.

A representative of the Commission added that the attack targets all Palestinian political prisoners who are held by Israel, as the attackers are (consciously or unconsciously) serving the interest of the Israeli occupation in disenfranchising the population of Gaza.

The Commission demanded that the Palestinian Police and security forces in Gaza investigate the attack and apprehend the assailants.

Abdul-Nasser Ferwana, head of the Census Department of the Commission in Gaza told IMEMC, “We never discriminated against anybody; we are here to serve the detainees; the attack only serves the interests of the Israeli occupation,” he said, “We are calling on the security forces and police to investigate the attack, its motives, and bring the assailants to justice.”