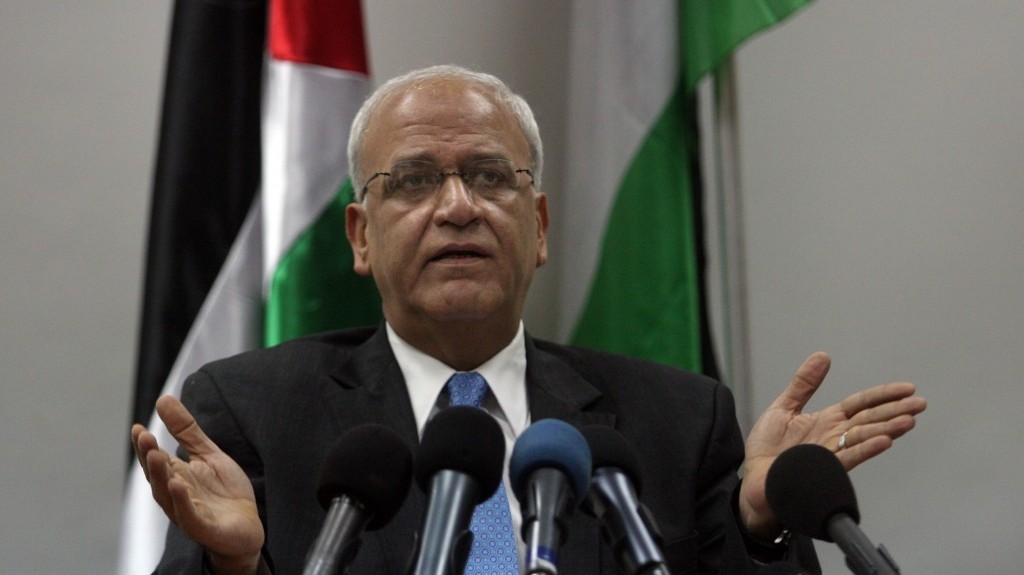 Reports circulated Friday about the publication of tenders for 450 new units to be constructed in a number of illegal Israeli settlements.Palestinian chief negotiator, Dr. Saeb Erekat, called on the international community to boycott all products manufactured in illegal Israeli settlements in the West Bank on Friday. This was the response to a notice published by the Israeli Lands Authority on Friday morning of new tenders for 450 units to be constructed illegally.

“We call on the international community to recognize the State of Palestine, to ban all settlement products and to divest from companies and institutions linked directly or indirectly with the Israeli occupation and apartheid policies,” Erekat said.

The construction of structures by illegal colonizers in the West Bank is considered illegal under international law, but the Netanyahu government disputes this.

Dr. Erekat also called on the international community to “ban all settlement products and to divest from companies and institutions linked directly or indirectly with the Israeli occupation and apartheid policies.”

Erekat said that the continued construction of housing units and colonization of the West Bank proves that the Palestinians must go through the international community to negotiate a two-state solution instead of dealing directly with the Israelis.

Israel claims that the development of settlements has nothing to do with the peace process. The Palestinians have pointed to the numerous settlements in the West Bank, which cut through Palestinian villages and block access to main roads, as a sign that Israel is not interested in the two-state solution.

“Once again we call upon the international community to stop treating Israel as a state above the law and to support our diplomatic initiatives which aim to preserve the two-state solution and to end the Israeli oppression of our people,” Erekat said.